An exotic bow made by the Sunbreakers: The Forge's Echo

Okay for starters this bow is going to be a titan exclusive and works well with solar class, it activates sunspots

it is called: The Forge’s Echo
it has Sunbreaker symbols all over it and the arrows have a hammer at the tip of it and the rest radiates an orange yellow-ish heat wave.
now for its perks
Radiant Trail: when an arrow is shot, it leaves behind a line of brilliant fire that does initial 15 damage + burn damage of 8 per second.
Forges Might: when an arrow hits, it explodes and does 20 explosion damage but little fragments of the arrow also explode and do additional damage. It also has a dragonfly effect with explosion kills resulting in more explosions
Archer’s Tempo
Rampage
The arrows have increased weight and have more of an arc to them.
When an arrow is shot it would make a sound similar to a mortar dropping with a hammer sound when it lands.

Great idea, although it might be a bit smarter to add some weapon stats to it (such as those seen in game like range)

Here’s what stats are on a bow: 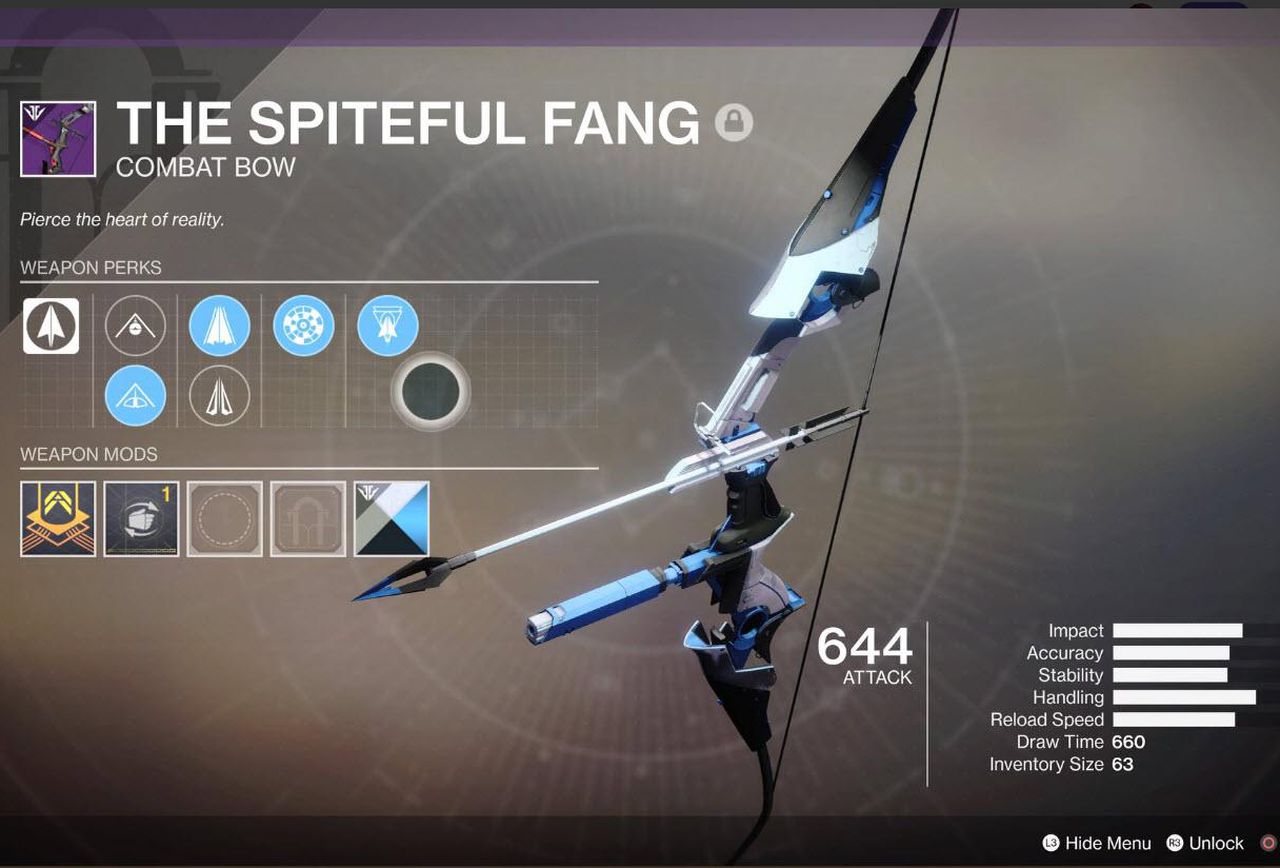 thanks I wasn’t abled to remember what they were

I have a suggestion, since it is exotic it technically has only 2-3 perks (1 intrinsic, one or two regular or one possible special perk) I would put in firefly in “Forges Might” so that it can still be the same scanning sign as the other exotics.

No, the arbalest has 5 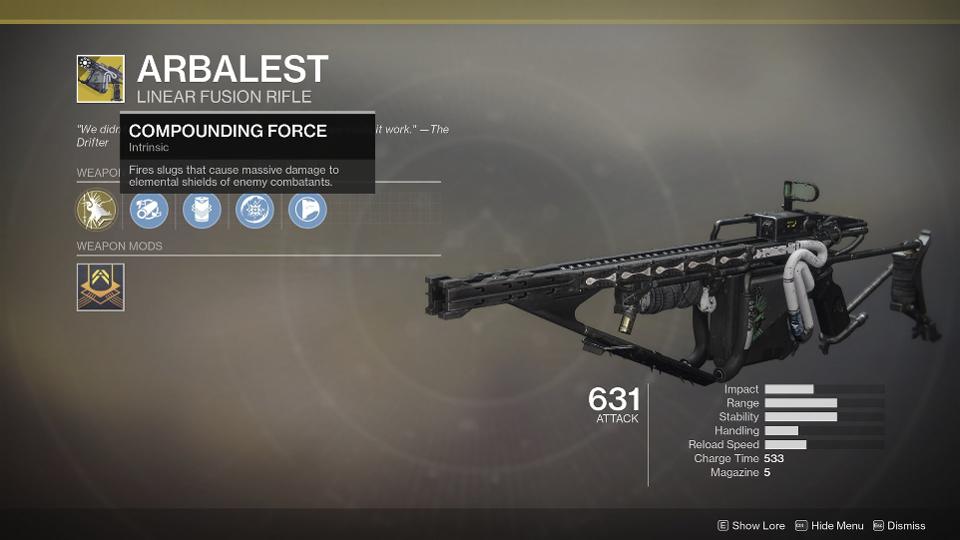 Sorry I get what you mean, I meant perks as in Dragonfly, Disruption break, auto-loading holster, those type of stuff. I classify those perks after the intrinsic perk and disruption perks as “barrel perks”.

Great idea! Seems pretty balanced, not too much damage. More of a fun weapon, that’s what most bows are.