I have noticed that it seems most people are angry about the new pursuit weapon coming with the Fall / winter DLC Beyond Light. I would like a consensus as to exactly why everyone is so angry about this weapon.

Probably because its a reskin of Beloved and people get mad when reskins happen. Personally I don’t mind it at all, as long as it’s a decent gun.

I think that the main reason people are taking issue with it is that they are sunsetting Beloved, just to give it back to you with a scarf and a new name, plus you have to grind for it again.

It just feels like salt in the wound with sun setting and the re-issuing of stuff like gnawing hunger and other prime weapons with no changes other than a new symbol in the corner. Don’t get me wrong, I think that sunsetting is good for the game, but it doesn’t mean I want to lose the ability to use my weapons in the new content.

I don’t like sun setting either but infinitely growing strength unchecked like in games like the borderlands series isn’t the type of strength that destiny is built for so sun setting makes sense but at the same time I know the same old guns again and again gets boring but I understand with bungie that some guns are timeless and they’d like to Re-introduce them every once in a while so that we can use our favorite guns in newer activities. So I get what bungie are trying to do by first re-introducing the beloved

I understand that, but that makes it even more of an issue to some. They see a gun that was already reskinned, reskinned again. Some would feel slighted by this, thinking that Bungie is just being lazy with weapons and not wanting to make new stuff, I think that SaladPan really summed up what I was trying to say when he was talked about this above. It’s just people seeing Bungie as being unimaginative and uncreative about weapons, even though they’re busy with a giant expansion that’s gonna add guns that we haven’t seen anything like to this point at least regarding the design.

I mean yeah I understand that but at the same time bungie has a lot of good feedback about these old guns and realizes people like these guns, I just kind of wish people would look at this from bungie’s eyes and not just the eyes of a consumer

Yeah, that would solve most of the problems. It’s just hard for a lot of people to think about why things happen in game design. They don’t really realize how much work goes into making a new gun model from scratch. Bungie isn’t gonna focus on making a new gun model when Beyond Light is just around the corner, it doesn’t logically make sense for them to use resources on it.

I think that if Bungie had waited till next year to release Adored, people would be fine with it and would celebrate the return of a beloved weapon. Instead they are re-releasing it as soon as they force you to get rid of your current Beloved, which feels like a slap to the face, just adding fuel to the fire with the whole gambit prime re-issuing ordeal and sunsetting as a whole. Once again, I am for sunsetting, but there are definitely issues with the whole thing.

They said that it will be a pursuit weapon (Randy’s, Edgewise) so no new perks, and we say the scope in the trailer, and we saw that it is the same current scope for beloved with its skin. Here is the image: 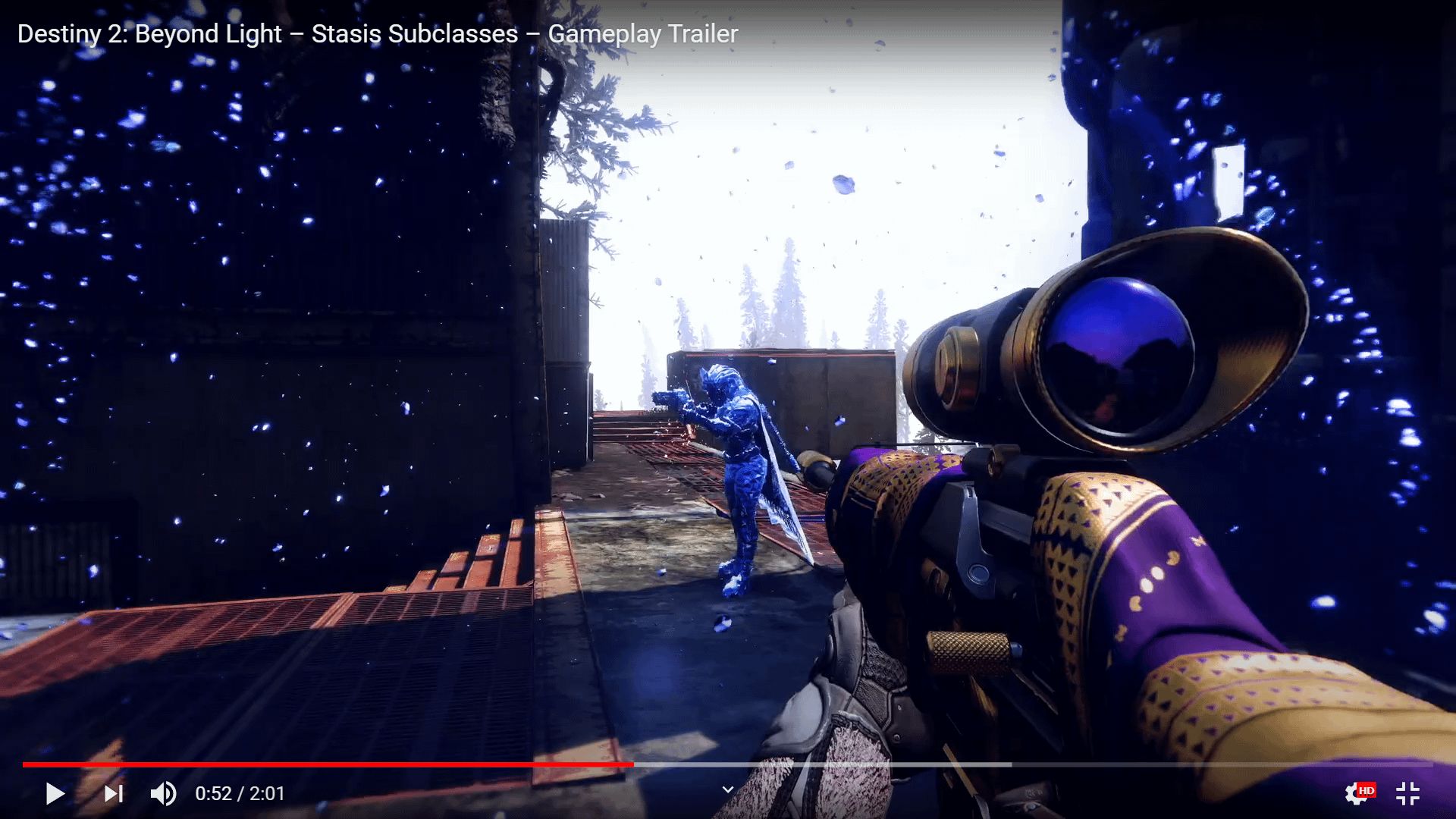 The actual ads scope it’s self is the same too

Its not so much about the shape of the weapon itself, it more the fact this weapon is a copy and paste of beloved - right after they take it away, with very little visual changes and unless if they introduce some ridiculous perk combo not available on beloved, it will also be a gameplay copy and paste.

If we are able to get something like firing line/triple tap or vorpal along with a beyond light sniper pve buff, this thing could be ridiculous for pve.