Did we truly kill the Black Heart?

So I was just thinking about Shadowkeep and how the Raid was going to be in the Black Garden, and i began to wonder: Did we really kill the heart of the Garden or was it just a ruse? 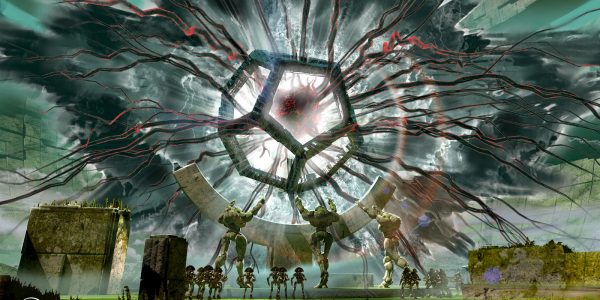 (Concept art for the Black Heart)

I mean, all we did was kill statues that came to life after something was channeled into them(probably darkness) and we somehow are supposed to believe that just because we stopped seeing a blob of something that we killed a heart? How do we know that it wasn’t moved farther into the Garden by the vex or just retreated to regain power? All we really saw was a flash and it was gone so maybe we did, but are we fully sure?

I’ll leave this to you to think about, and i’m also happy to be back on here after like three months of being inactive.

Feel free to leave your thoughts below and i hope you have a good day.

I don’t know much about the Black Garden (never played D1 fully), but it would make sense if we didn’t truly kill the Black Heart if the new Raid is going to be centered around the Garden. I can’t think of why else the Raid would be there, if not to tell us something about the Heart.

Maybe it’s not the original Black Garden what if it’s a completely different one.

I never even thought of that. One way we could tell is look at the raid footage and see if the raid has a Mars background, because the black garden we “killed” was transported to mars after we killed the heart. It would make sense for there to be multiple black gardens, like how there are multiple pyramidians.

To even get to the Black Garden we pass through a Vex gate, maybe this sends us somewhere like the Infinte Forest where it’s just simulations of what could happen. Maybe it was just a simulaiton to see what us, the gaurdians, would do to the Heart and the new raid we’ll actaully kill it(so along the same lines as the Kingsfall raid where we actually killed Oryx).

Hmmmm. Yeah or maybe something else took control of the black garden? The weird taken octopus looking thing we see in the trailer? Also I updated the classification of this topic to lore cause that seemed most fitting.

I’m with you, I feel all we did was shut down the portal that the blob was sitting in.