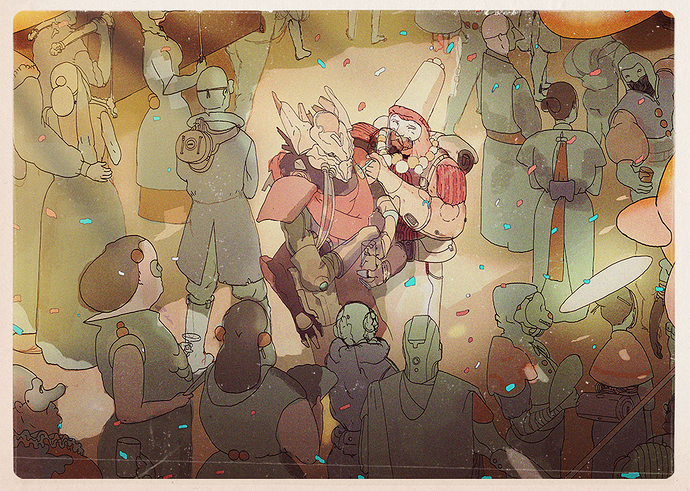 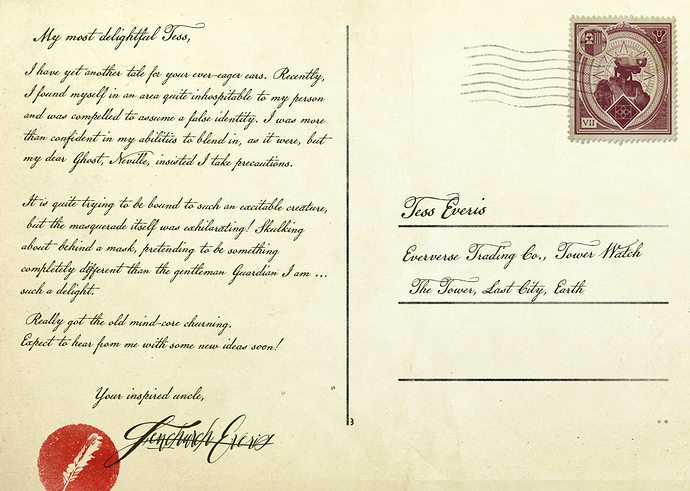 My most delightful Tess,

I have yet another tale for your ever-eager ears. Recently,
I found myself in an area quite inhospitable to my person
and was compelled to assume a false identity. I was more
than confident in my abilities to blend in, as it were, but
my dear Ghost, Neville insisted I take precautions.

It is quite trying to be bound to such an excitable creature,
but the masquerade itself was exhilarating! Skulking
about behind a mask, pretending to be something
completely different than the gentlman Guardian I am…
such a delight.

Really got the old mind-core churning.
Expect to hear from me with some new ideas soon!

I wonder where he was. None of the people look Awoken, so I would think the Reef, and there seem to be a mix of Humans and Exos. Is Fenchurch on earth, but in a different City? If he was in THE City I feel like he would just say so. So many Questions

Where are these postcards from? I have never seen them before…

They were put in a TWAB when Eververse first started up, back in TTK.