So Keith Beltramini images were posted to Twitter and this one caught my eye. Bottom right…is that an Iron Lord?

I thought it was Saladin because he appears to be wearing Jolders Iron Sash but…am I wrong? Does this fit into the Lore we have so far? I thought it was built much later. 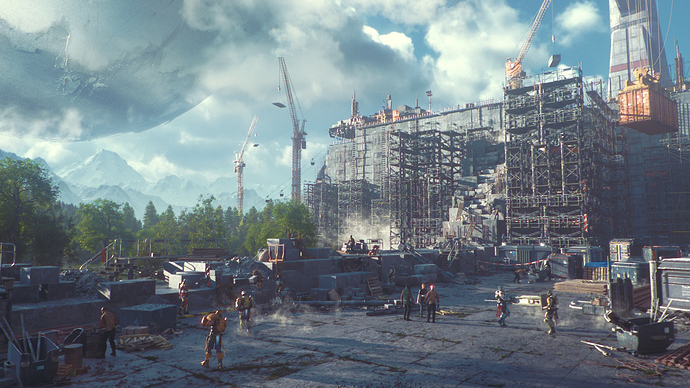 Yep, it fits, from what i can gather, the iron lords made it past the battle of the six fronts, anytime after that is unknown, as for the picture, i have no idea

“The Lords of Iron, ancient warriors from the City’s founding, have no time for mollycoddling. The City remembers Felwinter and Jolder, Skorri and Timur, Radegast and Gheleon and the others, for their invincible patrols during Six Fronts and the Wall-building.”

I believe Saladin can be seen standing with Zavala and Shaxx in the “Zavala’s Prelude” feature.

Also, Zavala and Shaxx were Saladin’s students at the time. So it would make sense the teacher was there.

Yes. Saladin was present during Six Fronts where he coordinated the City’s defenses. His students were there, but the Iron Lords were still present as they helped build the Wall and patrol the City. After all, the Grimoire never indicated when Saladin and his Iron Lords encountered SIVA