Is the Strangers Rifle in Curse of Osiris?: A weapon forged in time

After reviewing some gameplay trailer footage for the new Curse of Osiris DLC, I noticed a very familiar looking gun. For those that have not seen it, here is a picture of the one I am referring to: 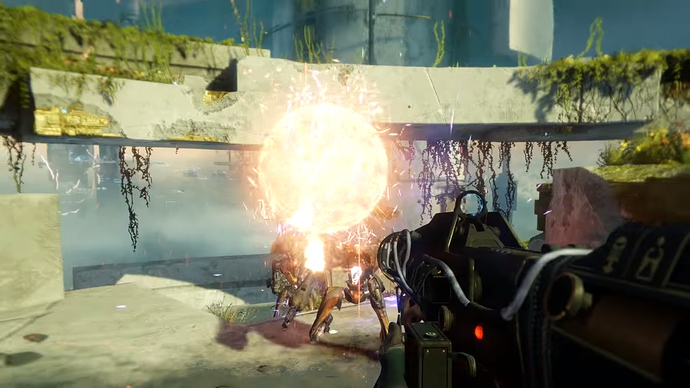 Looks familiar? It is very reminiscent to the old exotic back from the Taken King, the No Time to Explain. For those that have not seen the weapon, I have another image showing it: 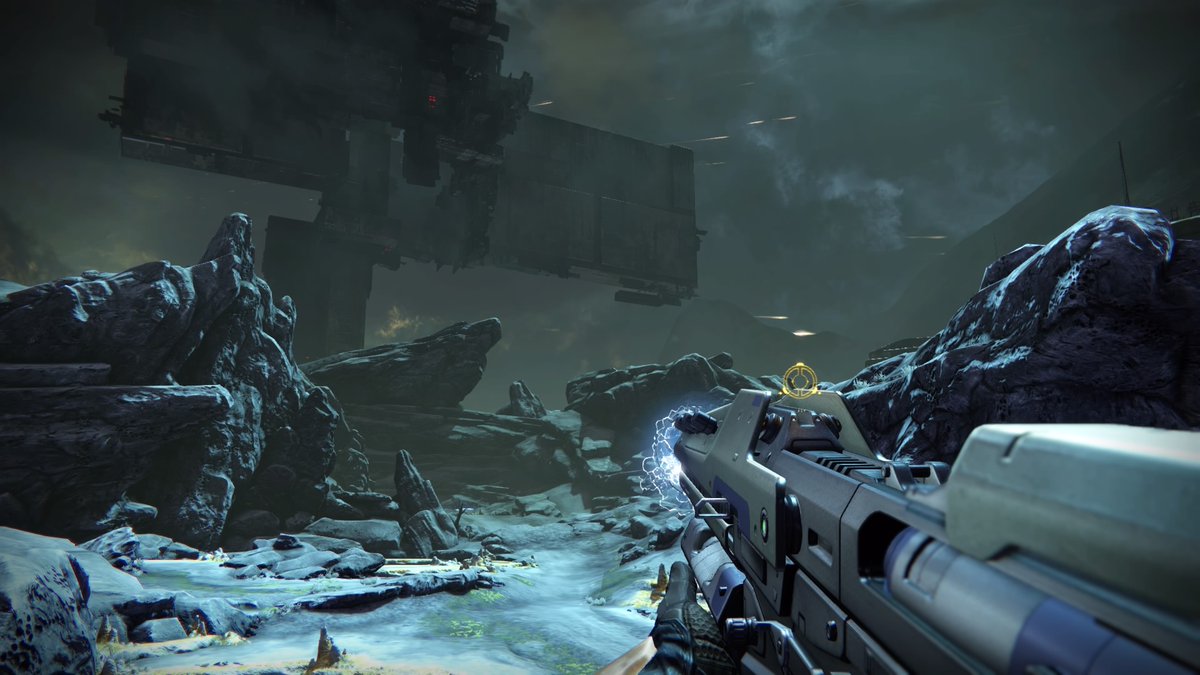 So, it got me thinking, what version of the No Time to Explain could this new weapon be. We have already had the past version of it, otherwise known as the Strangers Rifle, but this new version look much more steampunky and older than the other two guns. So I decided to do a little digging, as well as some thinking, and managed to get a pretty clear timeline of the weapons history, which allowed me to determine at what point in the weapons history this new gun comes from.

And it goes as follows:

So, when we look at the grimoire card for the No Time to Explain, we see that it has many different variations of where it came from, all from different temporal analyses on the weapon. However, what if all of these are actually different points in its timeline. Firstly, it was a golden age experiment, before it was lost in a time ripple, and broken into many pieces, before being forged again by us, with the addition of some vex tech, and becomes the one we see in the image. Then, we lose it at some later date in another time ripple, where it falls into the hands of the one we know as the Stranger. Now it could have been that this new technology was added in the timeline she was from or from a different timeline, but she had it in her possession nonetheless, and then returns it to us. This could well be that she was returing it to its rightful owner, or that she knew the importance of the weapon. However, at the start of the red war, and when we lose our vaults, it is lost again, and then lost in another time ripple. This is when it falls into the possession of Praedyth, most likely when he was trapped within the vex network. He then modified it with some more tech over the years, and added the designs to his ghost. We then find these designs during the end of the Paradox mission, we are then able to forge it for ourselves again, again bringing together vex technology with our own technology, with the help of Lakshmi, a golden age survivor, who could have easily known the designs to the original weapon, meaning we build an enhanced version of the original gun, from the designs of the same gun.

So looking at this timeline, we can pinpoint that this new weapon we see is in fact one of the earliest versions of the gun, before it was lost to time and fell into the hands of our old friend, the Exo Stranger.
In terms of what this means for the new gun, expect it to most likely be a kinetic, as the new energy systems we see used by the Strangers Rifle and the No Time to Explain will not have been added at this point, and were most likely added on by the Stranger when she modified it for herself.

I should also note that the NTE (No Time to Explain) also has the text “soon” engraved within it. What if this is an engraving done by us when we get this new/old version of the gun, to tell our past selves that the we would be getting the past variation of it at some point in their future.

Nice write-up man. I can’t wait to see what secrets are unveiled during this weapon’s quest.