Monitors on Venus and Mars

On Venus and Mars, both in Patrol and on some Crucible maps (viewable by entering a Private Match), there are these odd…monitors? With strange logos and sound bytes/wave forms depicted on them? On specifically Asylum, they even seem to be subtly and ordinately numbered if you take the level design into consideration. MANY of these monitors have been in the game since 2014, specifically the ones I mention below in Asylum, but some of them were also added as recently as Rise of Iron, in late 2016. I do not understand why Bungie would ‘add’ more of these in auspicious places that far apart if they bear no real significance.

There appears to be no direct means of interacting with them, and I have absolutely no lore references whatsoever to them, or the logos or “soundwaves” they depict, anywhere.

Have these ever been discussed? Honestly I want to say they’re just background doodads, but they’re very auspiciously placed, and there is this odd Grimoire Card (Ghosts 2) quote:

“I was beneath the Blind Watch for a while. A long ~SIVA.MEM.GH404~ while. It was fun! There were puzzles. No one was alive down there, though.”

I feel like this correlates to this spot in Mars Patrol, under The Blind Watch/Dust Palace for the “Download Complete” mission. You can die in a very specific way to get here, and it spawns you right in front of one when you rez after successfully doing so:

The monitors are all over Asylum, there are 7 total, which you can see in this album: 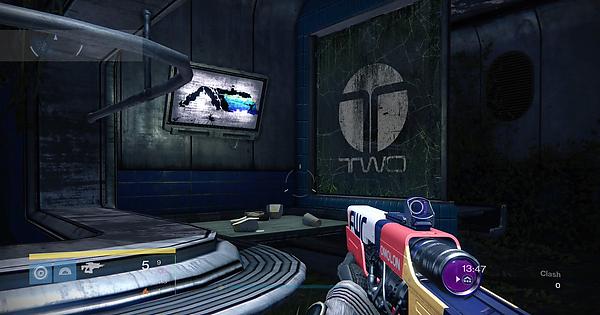 Here is a recording of one of the “Waveform” monitors: 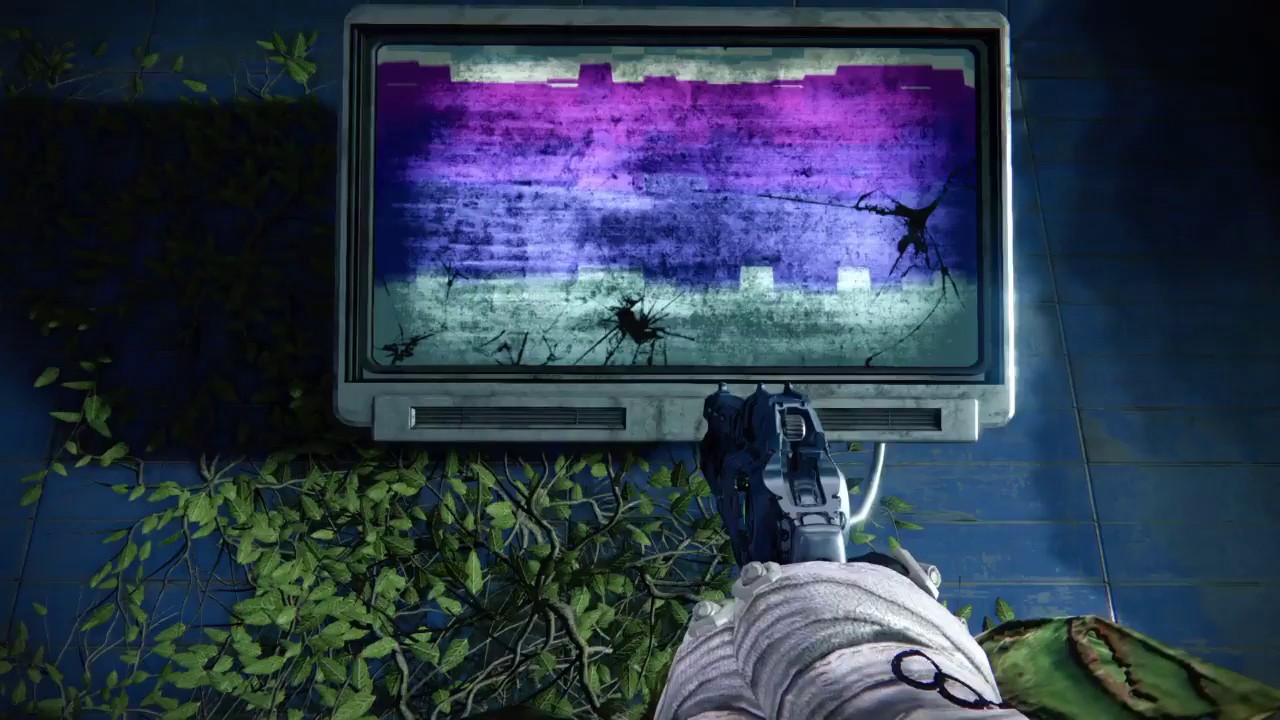 (The “logo” monitors with the strange Vanguard-like logo are animated, but they just kind of glitch out like the SIVA monitors in the raid; nothing as interesting as this ‘sound file’ being played.)

They show up on the Last Exit Transit Map, along with this peculiar Red Yellow Green Blue Transit Map, which also shows up on Venus Patrol outside Academy on the Shattered Coast: 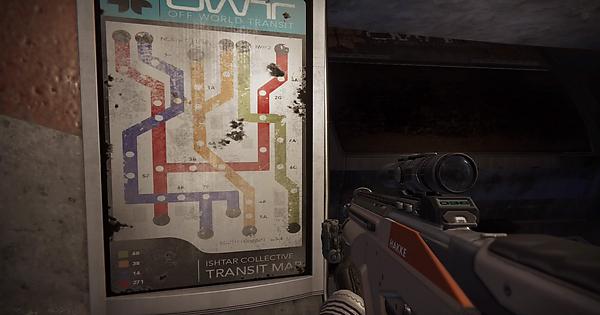 There are also a quantity of them in N/GEN Branch on Venus Patrol if you jump through the open window over the stairs like you’re going to the Nexus Mind strike.

…is there any lore about this? Has anyone even brought these up before? The monitors on Asylum are IN the firing lanes of the map, but they’re not plainly visible from most angles; you kind of have to duck around close to walls and into stale corners to get a good look at them.

The Bungie Secret Enthusiast in me wants to believe these are some grand puzzle, especially as there are SEVEN monitors on Asylum, but I am afraid they are just fancy doodads to break up the scenery, especially because I can’t find discussion about them anywhere else…

How would you go about ‘hearing’ a ‘silent sound’ being played graphically, anyway?

Wow, that is quite complex.
Good job spotting that but I think the best place to post this is the Destiny Reddit.

I’m thick as a whale omelette but if anyone needs pictures, or help gathering anything, I’ll help if I can. The rest of this is way beyond me (one of the reasons I haven’t got Outbreak Prime yet lol).

Ive done some research on those for the L.ORG and the OWT (off world transit) is a interstellar transit line that connects Venus and Mars in some way or form. Both Ishtar and Clovis seem to have had installations on both planets so it would seem this transit line connected the two. I think the monitors convey information about that these transits

Would it be worth having two people on Destiny at the same time, one on each recording the monitors so they’re recorded realtime and run for a side by side comparison? Could also grab the crucible maps and have all three running side by side for comparison.

I would like to try this very much; at least two people calling out when the ‘sound byte’ goes ‘dead’ to see whether it’s the same animation across all monitors in Destiny.

edit: I came here specifically to find any related Grimoire to this; I’ve breezed through all the Crucible-related ghosts and grimoire for this, but I’m having trouble finding any specific references to any of this. Maybe i’m looking for OWT grimoire? Maybe Clovis Bray? Maybe SIVA? Maybe the grimoire I’m looking for is from Vanilla, since the monitors are that old?

There’s no Grimoire as far as I can tell for any monitor.

Thank you. I’ve found absolutely no correlations to any of these, or the logos on the monitors in the Grimoire; I appreciate the community’s help.

It’s what we’re here to do!