Origins of the Nine

Rhea is territory of the Nine, yes, but did the Nine originate from Rhea? I no they are Leviathan beings. Also, I read some lore saying that the Nine are descendants of the original Leviathan, the in the Fundament. And while we’re at it, would Xur be part of the Nine or an agent? Because it wouldn’t make sense if some random agent was chosen to be their representative.
Thanks for any responses. 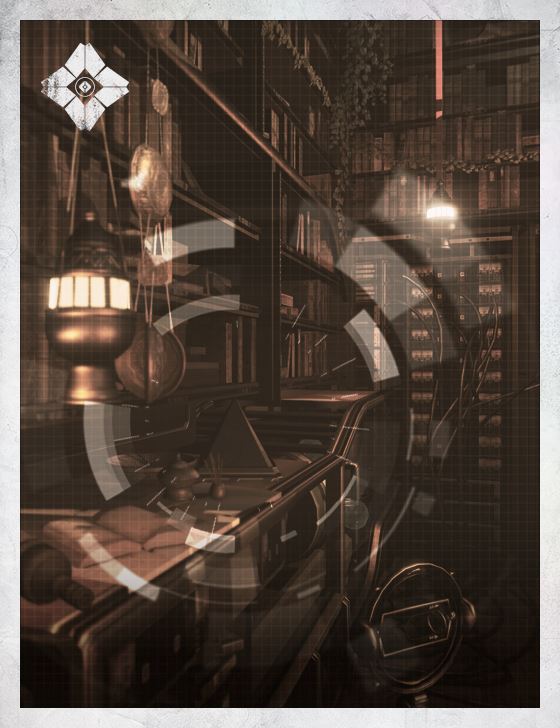 NINE The Nine are survivors of the cis-Jovian colonies who made a compact with an alien force to ensure their own survival. The Nine are deep-orbit warminds who weathered the Collapse in hardened stealth platforms. The Nine are ancient leviathan...


I think I know now. The Nine originated from the cis-Jovian colonies, which were on Earth I think (correct me if I’m wrong), and if they were, that means they used to be humans. They were also the first awoken, which means they have to be humans, because the Awoken were created in an explosion. I am speculating that they became Leviathan intelligences when they made a pact with an alien force (currently unknown). The site also mentions them as ‘warminds’. I am trying to figure this out. If I missed anything, please tell me in the comments.
1 Like
GhostDante May 3, 2017, 7:46pm #2

The Nine’s origins are varied within Destiny, with nine different statements as to where they come from. One of these statements suggest they come from either Europa or Titan and are “leviathan intelligences”.

Leviathan, in the usual sense of that word, means “a very large aquatic creature, especially a whale.” This doesn’t mean that they are descendants of the original Levaithan, who died several billions of years ago and was known as The Leviathan.

But the nine have access to so much weaponary and are obviously quite powerful since even the Queen has to submit to them sometimes. (Ex:Skolas)
So what’s their goal?
Did they get their power from the Darkness?
Did they exist before the Collapse or did they come with the Darkness, Fallen, Hive and Cabal?
So many questions!
And I can’t wait to get the answers in Destiny sequels* and DLC!

The Nine originated from the cis-Jovian colonies, which were on Earth I think (correct me if I’m wrong), and if they were, that means they used to be humans. They were also the first awoken, which means they have to be humans, because the Awoken were created in an explosion. I am speculating that they became Leviathan intelligences when they made a pact with an alien force (currently unknown). The site also mentions them as ‘warminds’.

@Phoenixfiend, it sounds like you are interpreting this card as though all of the statements are true. In fact, almost every statement on this card contradicts another statement.

The Nine cannot be a language of pure meaning and also Ghosts that pierced the Deep Black and also Warminds and also first-born Awoken.

It is my strong suspicion that all of these statements are false, and are in fact collected rumours about the nature of the Nine.

Really, this card only serves to confirm that we have no idea what the Nine are.

We do know that there is Jovian colony sites, the most notable is the Europa site.

So it is possible that the Nine could be warminds, though the existence of Xûr kinda messes with that theory. (Is it possible that Xûr is a human that was warped by the darkness like the hive and the Nine saved him?)

Maybe they aren’t any of the mention things.

Wait……what if they where created in the aftermath of the Collapse?
What if, when The Traveler and The Darkness clashed, the IMMENSE amount of raw power used came together to form what we now know as the Nine?

[quote=“DeathAwaitsAll, post:6, topic:380, full:true”]Wait……what if they where created in the aftermath of the Collapse?
What if, when The Traveler and The Darkness clashed, the IMMENSE amount of raw power used came together to form what we now know as the Nine?
[/quote]

That was the Awoken.

Xur says that “The Awoken did not have a choice. We did.” This means that whatever happened to change the Awoken from the clash of Darkness and Light happened irrevocably. The Jovians, however, were given a choice. One of the statements in Legends 2 says the Nine are human survivors who made a deal with alien powers, so I think Xur was referring to what happened to the Jovians and by extension himself, and not the Nine.

Ah but there still the mystery of HOW they make weapons and amor of such immense power.

Then they just ship Xûr off to the Tower(or reef) and lets him sell these things.

Much of the Exotics are simply unusual weapons and armor, like Super Good Advice or Crest of Alpha Lupi. The more rarer Exotics like that one Taken Cabal helmet or the Ahamkara armors, are different.

Though there is an explanation for engrams in the lore (and duplicates of Thorn, Red Death, and Bad Juju at least) I would hesitate to define vendors and their wares as proof of anything substantial. They’re a game mechanic intended to get items to the player, not to tell a story.

As far as we know, the Nine may not be responsible for creating any of the Exotics you can get from Xur. Most Exotics have their own origin stories which you can read in the grimoire, or watch one of many videos on YouTube detailing the story of a given weapon or armor piece. Guardian gunsmiths, warminds, weapon foundries, and the Reef as well as spoils of war from our enemies have all resulted in Exotics being put in Guardian hands.

It is unclear (and in my opinion improbable) whether the Nine are involved in the creation of such items. How they obtained them is a more present mystery, but again that’s assuming we can consider the Nine to have possession of limitless copies of all these weapons and armor in-universe from a lore standpoint rather than a game mechanic (which is also unlikely, in my opinion).

That kind of question - where do we place the items in lore when any number of players can wield almost any weapon at the same time - is a tricky one.

Speaking of Death Red, what’s the name of those duplicates? I was talking to a friend about Exotics and what place they had in fanfics – I and some others are of the opinion that they are super rare and must serve a purpose in the story rather than what we see in-game – and I mentioned Red Death had prototypes floating around, unauthorized ones, but didn’t know its name.

I’d call that a game mechanic, but I wonder what role exactly Xur serves apart from selling Exotics. It’d be awesome if he sold a specific set of Exotics but that’d somewhat negate the RNG and his weekly visits.

The prototype was called Red Spectre.

Aha, thank you very much!

During my reading on the nine, it seems that the nine may not be the good guys. The awoken are clearly more aware of who or what they are. Maybe they were created around the same time? Perhaps the “darkness” to the awoken’s “light”?

They had no choice to become awoken, much like the guardians had no choice when ghosts wake them up. So there’s a similarity there.

However, according to recent theories, the Deep mentioned in the book of sorrows could be the Darkness, which is an unknown source of power that could be an actual being. Maybe the Nine made a deal with the Darkness to avoid death, much like Oryx made a deal with The Deep to become the Taken King.

Also, at some point there is a card mentioning that the Prison of Elders is opened up for the guardians because the Queen fears the Nine are coming or about to turn against them. So guardians come in and kill off everything so the Nine can’t release them or such.

If this is true, then maybe Xur’s presence isn’t as welcomed as we believe it is. Maybe he is giving away these rare items because he is wanting the guardians to owe him one, or maybe even turn against each other or their allies.

Remember, the Queen is one of our allies. So why would one of her enemies be helping her allies by giving them such powerful gear?

The Deep is, for all intents and purposes, the Darkness as it is known by the Hive, much in the same way the Sky is the Hive’s name for the Light.

The Nine are implied to be more greyish than the Awoken, who are clearly straddling the line between the Light and Dark as noted by the Stranger. But the Nine are something different – they weren’t mentioned by the Stranger (lack of plot aside), and in the past the Nine and the Reef have had a somewhat odd relationship. Both are acting against one another, as the Queen sent Crows to their territory during the Reef Wars, and the Nine objected by capturing them. The Crows are today’s equivalent of spies and espionage agents. The Queen is right to think they may scheme against her, as it takes one to know another.

At best, the Nine are tentative allies, because their Agent is not hostile and freely comes and goes in the City without the Vanguard or the Speaker saying a word in protest, and for now they have no open relationship with any of our enemies, and the Skolas incident is something to be further analyzed. Given what Skolas whispered to Variks (who told the Queen) during his final capture, the Nine may have gifted him knowledge of Oryx’s coming and thus released him to rally either the full might of the Fallen together or cement closer the bonds of City-Reef relations.

This incidentally is what helped decide the Queen’s decision to open up the Prison of Elders to Guardians, so no more “accidents” like this could happen again. For all the City knows, the Nine stole Skolas from the Queen and then released him to cause havoc. It’s good propaganda, and raises suspicion toward the Nine.

I think the Nine did what they did, like you said, To strengthen the bond between The City and The Reef so that they are prepared for Oryxes arrival.

Xûr is most likely sent so that WE as Guardians have weapons of great power to combat the Darkness.