This might be nothing but i’ve been seeing these two symbols a lot in the city/tower related areas. Dont want to get too conspiracy-ish here (future faction/concordant returning?) but these might be useful later.

A couple things lend credence to this. The first being we now have a power vacuum seeing as the speaker is gone. And the second being a certain dialogue exchange with Cayde upon turning in a certain “cayde’s stash” item in which he mentions Lysander’s signature on an item you turn in. Add to that Arach Jalaal being spied on and it appears the former Concordat leader is attempting to make a comeback. If this ended up being true we could see many future fringe factions coming back through lore/flavor text. I doubt we would see this fleshed out in a faction rally but i would expect to see this in future item lore.

Anyways I could be completely off base but at the very least these symbols might be useful in the future. Let me hear your thoughts. I genuinely am curious what you guys think of this. 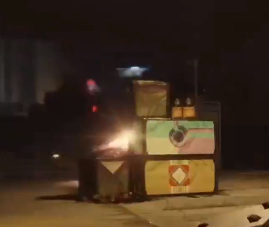 Good catch man!
I also believe that the Concordat and Lysander will be featured sometime in D2.
I’m not so sure about those symbols though but it’s definitely a possibility!

Interesting. I really have no clue, but I think the idea that they’re faction symbols could hold some weight. The other idea I thought they might be was new arms manufacturer symbols? Looks kinda like a symbol for hi tech scopes on top and a rocket launcher on bottom.