Roles Of The Different Fallen Houses - Part 1: House of Winter

I’ve been wondering about the exact relationship between the different Fallen Houses on the Sol system, since despite the claims that they generally don’t cooperate, they seem to interact much more than what we are led to believe. I actually suspect that they do interact more openly than we are led to believe, specially between the Houses of Devils, Winter and Kings, and that each fulfills a particular role, starting with the House of Winter, which I believe handles the mechanical aspect, developing and maintaining the drones and vehicles from at least these 3 Houses:

-The House of Winter only deploys a Winter Walker during the public event taking place outside their lair, on the Ember Caves. However, when we go inside their lair itself, we find at two disassembled Walkers in an area I’m inclined to think serves as a workshop. Also, in the Thieve’s Den crucible map, which is a House of Devils Lair in Venus where there’s stash from all over the Sol system (including Hive and Cabal items), there’s another Walker, which seems to have brought to guard the stash, but has yet to be reassembled.

-The Heavy Pike, which is only seen on Venus (during the House of the Wolves update and before Taken King, you could even find some of these during patrol) is possibly another of their inventions. In the Taken version of Winter’s Run, they even replace the standard Pikes in the second to last segment of the strike.

-The Drifter crucible map is a Wintership that was disabled by hive forces around the Reef territory. Inside we can observe many fallen pods/containers, but it’s noticeable how there are mainly blue and yellow containers, the former belonging to the House of Winter, but the later must likely meant for the House of Kings. My guess is that the ship was heading to deliver supplies to the House of Kings before being taken down by the Hive. As for where was it headed, we can only make guesses, but we do at least know that the House of Kings do have reach beyond Earth, as there’s at least a mention from the Xander 99-40 about the House of King’s presence on Mars: 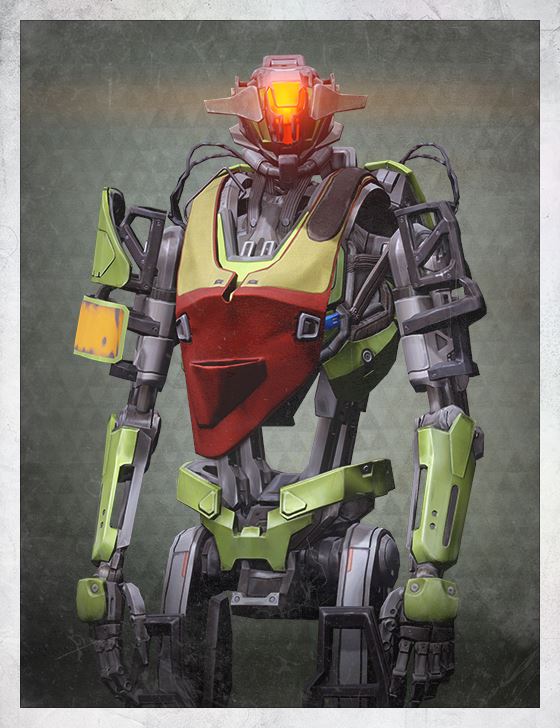 Xander 99-40 is a Frame that gives Bounties to Guardians in the Tower. He gives six Crucible and six Vanguard Bounties each day. When a Guardian has obtained a Vanguard Mentor Missive from turning in Bounties, Xandar can give the Guardian an option... Olympus Mons ( /əˌlɪmpəs ˈmɒnz, oʊ-/; Latin for Mount Olympus) is a very large shield volcano on the planet Mars. The volcano has a height of nearly 22 km (13.6 mi or 72,000 ft) as measured by the Mars Orbiter Laser Altimeter (MOLA). Olympus Mons is about two and a half times Mount Everest's height above sea level. It is one of the largest volcanoes, the tallest planetary mountain, and the second tallest mountain currently discovered in the Solar System, comparable to Rheasilvia on Vesta. I The v...

-Lastly, during Rise of Iron we can observe a few banners from Houses that joined the Splicers at different locations: Devils’ inside Splicership Menkis-Syn, Kings’ inside Archon’s Forge and as it happens, also Winter’s, in a cave between the two large smelters in Archon’s Keep. My take is that these are also the creation of House of Winter’s engineers.

Despite these examples, perhaps the most relevant question is: is there anything that points towards the House of Kings having some control over the House of Winter? As it happens, I have a theory about that:

In one of the grimoire entries about Rezil Azir we hear about the death of a Cell from an unknown House:

“A Ketch with unfamiliar markings hung low between two peaks. A rare sight. Fallen flagships weren’t known to linger so close to the surface, preferring constant motion, like sharks on the hunt.” 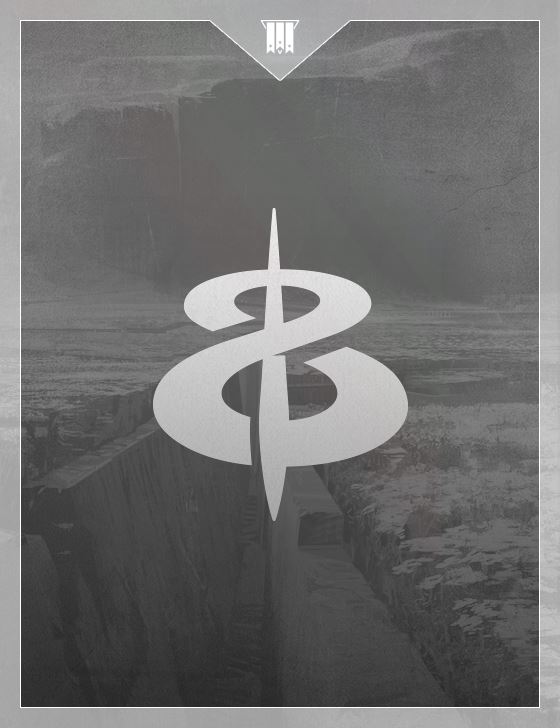 The Legends & Mysteries subsection of the Grimoire covers subjects related to some of the more inscrutable aspects of Guardian lore, including Rasputin, the Exos, the Nine, the Ahamkara, the Black Garden, the Traveler, Rezyl Azzir, and the...

From what I have read, most people assume that this Kell must either belong to the House of Devils or the House of Kings, however we can also immediately rule out the House of Devils given that its the House that the guardians are most familiar with at this point. The same grimoire entry describes 3 different events (the one with the Cell being the second), and the first event denotes a prior engagement with the House of Devils. What about the Kings? From the little we know about them, they tend to prefer to remain hidden and the behavior described in the grimoire card seems to be a conduct on the polar opposite of this. On the other hand, the above quote reminded me of a line of dialogue:

Ghost: A Ketch… it must belong to the House of Winter. I’ve never seen one on the surface. The Kell’s gotta be inside. 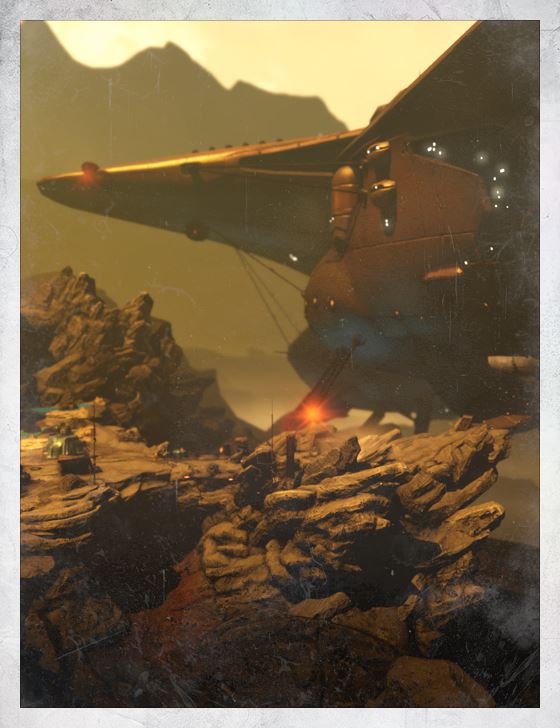 Scourge of Winter is a story mission that takes place in the northern area of the Ishtar Sink on Venus. It has the player's Guardian assault a Fallen Ketch in order to assassinate Draksis, the Kell of the Fallen House of Winter.

Granted, these two aren’t as similar as the lines meant to show a link between two grimoire cards about the Exo Stranger and Rasputin respectively: 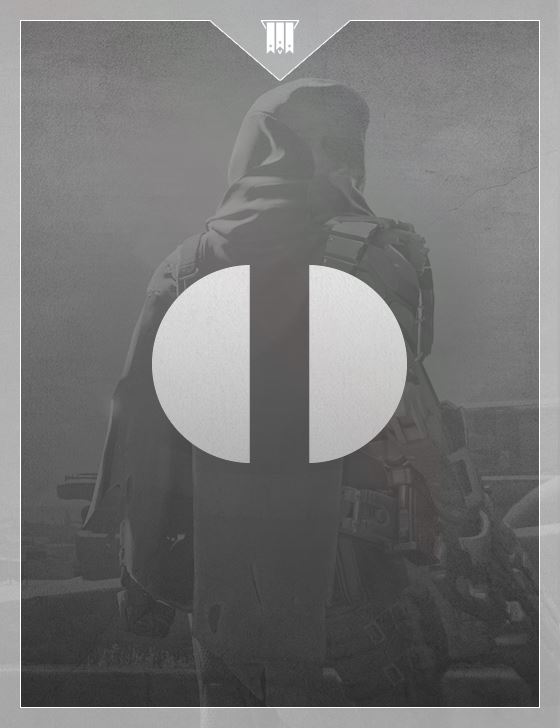 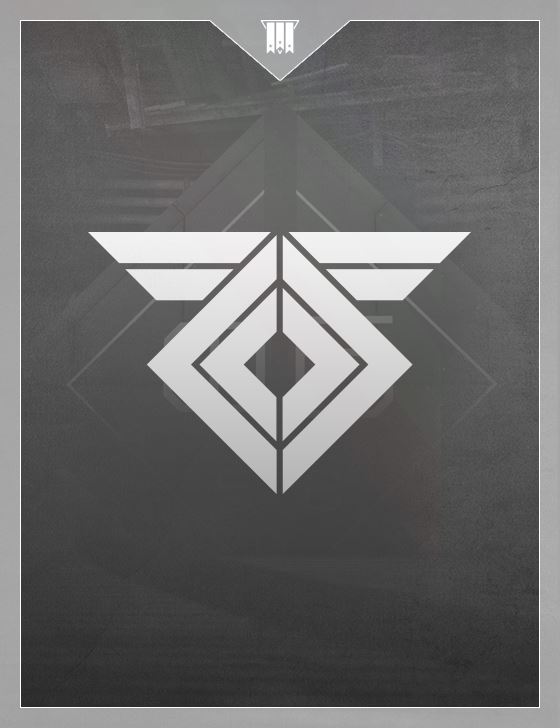 The Rasputin subsection of the Grimoire covers subjects related to the Warmind Rasputin.

This likely raises more questions about Draksis, a character who at first glance seems to have been a rushed addition to the game given that he looks like a clone of Riksis, Devil Archon, not to mention Karhiss Archon Rising (a patrol target in the Cosmodrome, also from the House of Devils). However, the grimoire entry on the crucible arena Thieves’ Den, a warehouse for the House of Devils in Venus, may suggest a connection:

Following the defeat of the House of Winter’s ruthless Kell, Draksis, Guardians found a number of abandoned Fallen enclaves throughout the Ishtar Sink. 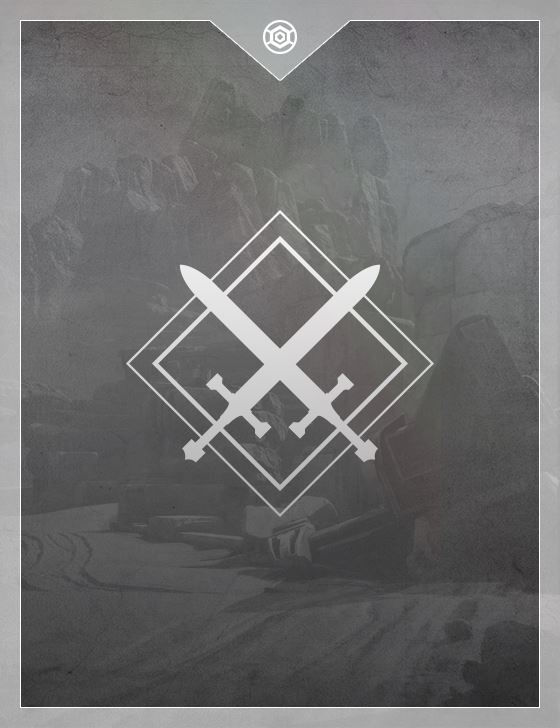 The Crucible Arenas subsection of the Grimoire covers subjects related to the various maps of the Crucible.

If we assume that Draksis originally hailed from the House of Devils and was appointed (or imposed) as Kell of Winter after the death of the previous Kell at the hands of Rezyl, then we could consider that it’s him who allowed the Devils to settle on Venus, and particularly set up a safehouse from all the loot they gathered from around the Sol system (as previously mentioned, the stolen goods include items from humans, Hive, Vex and even Cabal).

At this point Venus is starting to sound more as a backwater location where the Fallen stash their treasures and get and possible even produce and repair their machinery (at Thieves’ Den we also see many Skiffs in the background and at least one in map that seems to be undergoing repairs).

Two more subjects of interest: Nulsis, Lost to Winter and Naksis, Devil Baron. The former is a Devil Vandal, whose title suggest he previously belonged to the House of Winter. The later is a Devil baron who is dressed in the colors of the House of Winter. The fact details are unclear, but we could consider that the talented members/good warriors from the House fo Winter are transferred to the House of Devils on Earth, which is essentially the frontline for taking back the Great Machine (the Traveller).

At this point the House of Winter is starting to sound like a bunch of pushovers, and later events don’t do much to assume otherwise: from the in-game conversations we can assume that the order of events in Venus were that the guardian went inside the archive, destroying Simiks-3 in the process:

Ghost: Those Fallen we faced in the Archive belonged to the House of Winter.

Scourge of Winter is a story mission that takes place in the northern area of the Ishtar Sink on Venus. It has the player's Guardian assault a Fallen Ketch in order to assassinate Draksis, the Kell of the Fallen House of Winter.

Then the guardian went after Draksis, getting the first glimpse at Simiks-Fel as per the Ghost’s dialogue I referenced earlier. After that, we return to the area during Winter’s Run, during which the House of Winter’s liberated an Archon, most likely to replace Draksis (and possibly Simiks-3). It’s worth noting that even if we want to disregards Askor’s appearance, which points towards him hailing from the House of Kings, the area where you fight him is littered with banners from the House of Kings’, which does suggests that he do belongs to the House of Kings (a discussion for another time).

Fast forward, the House of Winter falls under Skolas control without major hiccups, a fact that surpasses Petra:

Petra: Strange…they should be fighting. If the House of Winter already kneels to Skolas… 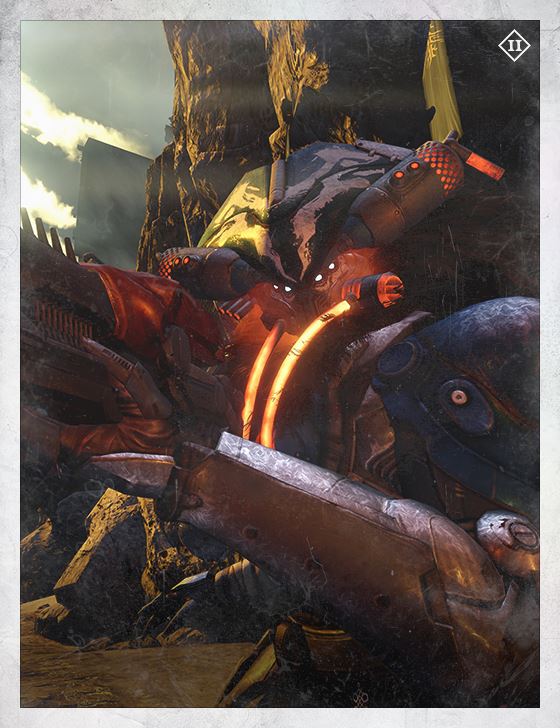 A Kell Rising is the first story mission in House of Wolves and takes place in the Ishtar Sink, Venus.

It should be noted that despite all these events, the House of Winter seems to remain united, unlike the common claims that a House will fall apart without its leadership.

Anyway, that’s my current take on the House of Winter.

Comments and questions are welcome, as well as suggestions for other topics!