(Shadowkeep Lore Spoilers) This Moon spoiler was teased all the way back in D1!

So all the Moon’s Lost sectors refer to something called K1. K1 Logistics, Revelation, etc. Super cool and nifty. There’s more on K1 in the Shadowkeep API dump on the Collective site, in the lore book Revelation. I recommend reading through them, but I’ll put a spoiler tl;dr right here

It’s a interesting story, but something tickled my brain. Moon anomaly designate K1: 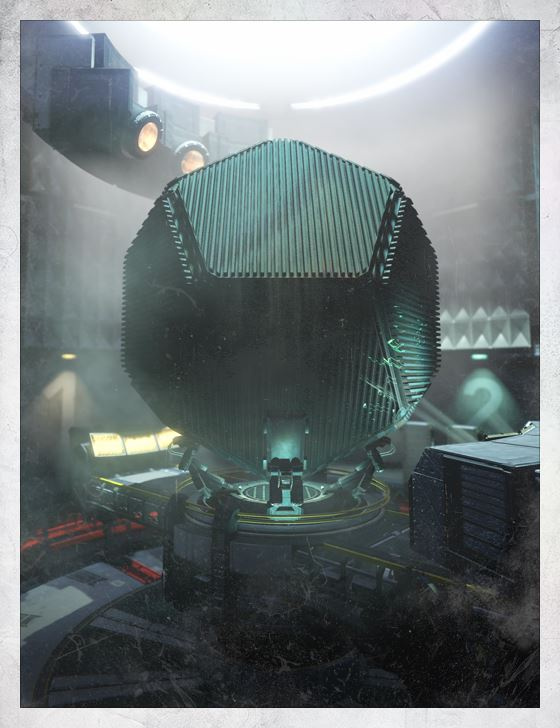 Documents recovered on-site listed this research station only as “K1”, although the location was hard to keep secret, given the intense electromagnetic fluctuations emanating from what City scholars have come to know as the Anomaly. Attempts to scan the Anomaly itself have proven futile, as the casing is constructed in a manner that defies modern techniques.

Reports suggest that those who spent time in proximity to the Anomaly reported symptoms of insomnia, some so severe they required hospitalization…stewardship of the facility was handed over to the Guardians in order to maintain a watch against the Hive forces that will inevitably come in search of this mysterious power.

Full circle, Bungie. Even Rasputin on the Moon. Bravo.

PS: Another cool connection I’ll put in the spoiler box:

I do not think the nightmares became the hive. Preceded, perhaps.

The hive were a thing way before humanity. So the nightmares could not have been the first hive.

What did you think of Shadowkeep?

A manifestation of the Dark most likely. Not hive though, we have not seen them exhibit any such ability yet. With lore support, I could be persuaded that they posses it though.

It is definitely related to the darkness. Maybe they are caused by something the pyramid ships radiate?

K, in that case in future dlcs we will probably see more of them

I fully expect to, unless we completely gork them in SK but I doubt we will.

No in Shadowkeep there was barely any of the actual darkness

Well, I’d argue that the race or whatever uses the Pyramid (ships?) is not the actual Darkness. Just as there is not a race called The Light, so there is not a race called The Darkness. There are users of both and races that are more in tune with their respective “patrons” but the only time we ever see The Light or The Darkness actually speak is when Auryx communes with the Deep, as evidenced in BoS. However, that interactions nature is suspect. We do not know whether it is allegory, as it actually happened, or if Oryx was lying. For now, I am of the belief that The Darkness and The Light are fundamental forces (like gravity and the strong and weak nuclear force).

Oh, I see what you mean. I am unsure if the creatures on Athenaum World X are the same as those who use the Pyramids, but it would be very interesting if they end up being related.

This is my prediction/hope of destiny 2 going into destiny 3(if we even get a destiny 3): we learn more and more about the darkness it’s self and the pyramid ship creatures during the next 5 years of D2 and then in D3 we are given a choice, that choice is either stay on the side of the traveler and fight the darkness or forsake the traveler and join their side and become the darkness’s version of a guardian

No, sorry. I was using the term in reference to how the OoS grimoire card refers to them, not the in game Nightmares(sorry for the confusion!)

Haven’t had a chance to play it, I’m away at college

Oof, the ending is cool tho, also it is as short as rise of iron was but there’s more endgame than rise of iron to make you stick around

Yes but still. If the hive were descendants of nightmares, then the hive wouldn’t be millions of years old. Unless I’m missing something?