Recently I was reading up on Rezyl Azzir and his “Triumphant Fall” and a few things caught my eye that I haven’t seen anyone else notice. Firstly it’s reinforced a lot that the Rose had 6 shot’s in a cylinder similar to The First Curse on release . It’s also said that the hand cannon was “Fanned” and the only weapon known to be fanned in Destiny is The Last Word which has an almost identical design to The First Curse and is are both connected to one another, Furthermore it’s said in the Legend: Rezyl Azzir - The Triumphant Fall Grimoire card that “Rezyl’s cannon was loaded and ready to fire as if an afterthought.” This is connected to The First Curse through it’s flavor text which is “…is when death becomes an afterthought” and in my opinion this make’s a pretty strong case on it’s own but one final piece of evidence is that in the aforementioned Grimoire card it is also said that “He smiled beneath his helm, Then spun his rose with a confident hunter’s twirl, before steadying his aim and fanning the hammer once more.” In game when readying The First Curse it is spun on The Guardians finger similarly to the Hunter class weapon The Ace of Spades thus explaining “With a confident Hunter’s twirl”

If anyone can build on or disprove this I’d love to hear it.

I've seen theories about this before, and honestly, I don't think his hand cannon itself was named Rose. It's capitalized, but I think that's because of the significance of the word choice, meaning the weapon is referred to as such metaphorically speaking, as a nod to Thorn's design or perhaps alluding to Pujari's vision of the Black Garden. After all, Yor says "I used to think of it as a rose" in Ghost Fragment: Thorn 2. I don't see why it couldn't be The First Curse, but I think adding th…

I did see that post prior to this one and liked the theory however The First Curse should have been created before the city and it’s walls which would in turn include the crucible and while I have nothing solid to show that The First Curse was pre crucible if the First Curse/Rose theory is correct which many myself included are behind it would mean that The First Curse is highly likely to be pre-crucible as it will have been referenced in the Rezyl Azzir War Without End Grimoire card with “As the Kell moved to toss Rezyl aside, cold steel met the underside of the alien marauder’s jaw, followed by a red flash as Rezyl pulled his cannon’s trigger.” Another thing that support’s that it’s The First Curse is that after he shoot’s the Kell once he " Rezyl hit the ground and unloaded five more rounds into the Fallen leader’s torso." Once again his cannon had 6 rounds in a cylinder again similarly to The First Curse on release, thus implying that it was pre-crucible/city as one of the closing lines from this card is “That evening, Rezyl and the others led a gathering of survivors on the long journey to the growing city beneath the Traveler.” This gives us the impression that the city was not yet fully formed and with that the crucible would not have been formed.

Good point. That takes Imprecation out of the equation.

I would like to add to this my “finally” type out theory. I´ve had it since TTK when the first curse came out.

TL;DR i theorize as you do, that First Curse becomes Thorn!

Its long, very long, but hopefully interesting and ends with a model comparison of them both.

Since its VERY long, find it in this document

First curse is Thorn By Cpt Kex Welcome guardians, stay a while and listen. I have had this theory since i first saw First Curse in...

Like you, beta theorized this as well, here’s a copy of what he wrote for our Yor Cast

Section Goal: (Beta) Convince you all that the First Curse became Thorn I believe the Thorn was once the First Curse. My argument follows: Thorn "To rend one's enemies is to see them not as equals, but objects - hollow of spirit and meaning." -...

I’d be more than happy for you to add it.

That was a good read and you make very valid points, Just wanted to add two thing’s the second one’s kinda out there but I think it has potential. So first of all yor says that “Guess he put too much faith in the wrong steel” thus implying that he put his faith in the right steel and again implying he used steel he says “My steel is only an extension” supporting the fact that it was steel. 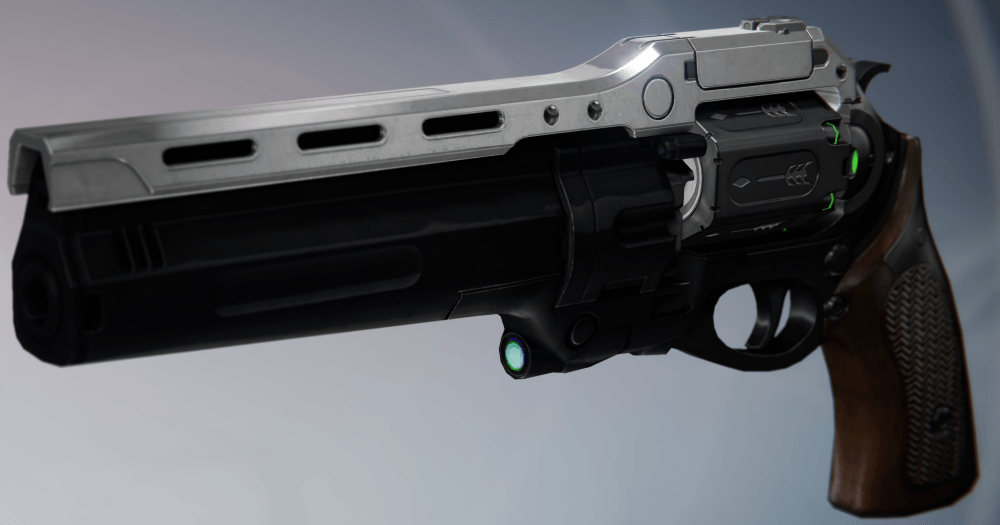 As you can see there isn’t too much visible on the First Curse that could be considered steel save the frame, And at the end of The Triumphant fall Grimoire card it says “he took his Rose from its holster and began grafting the bone to its steel frame” and I think that’s pretty decent in itself. The second thing I wanted to bring up is that it says in the quest to obtain The First Curse “One was lost to fire” I thought this could be interpreted as it having in comparison to his auto rifle which brought him through many battles his light still shining, It lost as it played a part in him succumbing to the shadow’s and his rifle is referred to as “his battle worn inferno” so that might explain the “Lost to fire” text.
That’s about all I’ve come up with, Hope it helps.

Update/Edit: On the “Lost to fire” hypothesis, I found something that seems a bit more fitting with the evidence given. In ghost fragment Thorn 3 while yor is speaking to his ghost he says “All the good I have ever done will be washed away in the Fire of who I have become” this tells us that he consider’s his transformation as somewhat a baptism through fire, the same fire to which we lost The First Curse/Rose.

i do like the lost to fire thought, perhaps that is whats implied. I did bring up that part in my writeup but i think its reffering to his faith, not his transformation, but again i like that thought.

I would think that the lower gun frame is also steel, only not polished. A gun of that size and with that caliber would hav trouble operating with anything else then steel or similary hard metals. unless its space plastic

yes i rememberer that episode. i tried talking to him about it after saying we shared the view but he never replied.

Just a little follow up on this topic, the Destiny 2 gameplay footage showed the Golden Gun having 6 shots, much like the first curse on release. I know that the golden gun is known for being identical to The Last Word, but we’re yet to have seen a close up of it. However, if the Golden Gun is identical to The First Curse, then I think this would be a well-implemented detail telling us that The First Curse is able to be fan-fired; thus supporting my theory of The First Curse being Rose as we are shown in the Legends: Rezyl Azzir The Triumphant Fall card ‘He smiled beneath his helm, then spun his Rose with a confident Hunter’s twirl, before steadying his aim and fanning its hammer one more.’ As nice as it was to put this together I hope that Bungie will give us more dots to connect on this topic with the release of Destiny 2

Personally I think the hand cannon Rose became Thorn. A rose in tarot symbolizes balance. It also symbolizes hope, promise. Then we have thorn which is contrast to a rose. Defense, loss, and thoughtlessness.

This is assuming Rezyl Azzir took his weapon to the moon which is a possibility.