I recently watched a video about the theory that Dregden Yor’s Hand Cannon, Rose, went on to become the First Curse. This is a interesting theory so I decided to do some reading on the topic of the origins of the First Curse.

Lets start with the weapon that starts the quest to obtain the First Curse. The Imprecation

Take a look at this Ghost Fragment 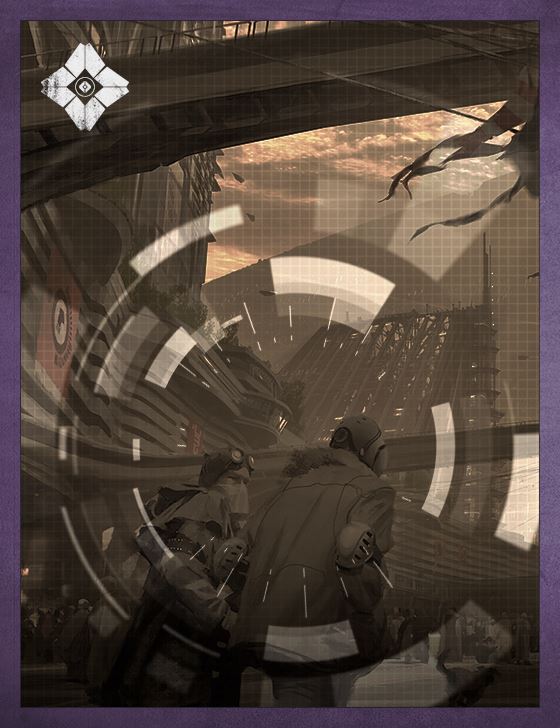 / What was that? / Nothing. We're secure. / We'd better be. / Calm down. Whole district's been deserted ever since the Gap. Nobody's here. / Except us. Why'd he make us come out here?

My theory is that Tex Mechanica made a prototype weapon and wanted to advertise their product in the crucible. I believe this prototype weapon was the Imprecation. If any of you remember using the Imprecation hand cannon during the First Curse quest line then you would know how bad of a weapon it was. So they made a weapon and sent it to the crucible for testing and it performed HORRIBLY. So they contact someone within the Tower and offer to pay this person to “rig” the crucible in the weapons favor.

/ think you’re the first dregs dumb enough to try to buy me? Why do you people think you can buy me? Don’t I have an honest face? Do I look like I need your money? The Crucible is sacred, that’s what you people don’t understand, like you think it’s a game. Now -

/ this is the part where you start blustering at my little buddy here and telling him it’s all legal down in the City, just business, just sponsorship. So listen: I can have ten Titans crashing through your ceiling any time I like and you can tell them it’s just business.

The definition of Imprecation is “A spoken curse”

Their contact threw imprecations at the representatives of Tex Mechanica. “I can have ten Titans crashing through your roof”

/ Or we can talk about how you’re going to make this up to me.

/ My little buddy’s listening. Make him an offer.

So they were somewhat forced to improve upon the prototype, thus giving birth to the First Curse. I’d love to hear other theories and ideas on the origin of this weapon.

I’m wondering, how can you “rig” the Crucible?

It sounds like they were trying to pay off Shax or something.

That does seem to be the case doesn’t.

I’ve seen theories about this before, and honestly, I don’t think his hand cannon itself was named Rose. It’s capitalized, but I think that’s because of the significance of the word choice, meaning the weapon is referred to as such metaphorically speaking, as a nod to Thorn’s design or perhaps alluding to Pujari’s vision of the Black Garden.

After all, Yor says “I used to think of it as a rose” in Ghost Fragment: Thorn 2.

I don’t see why it couldn’t be The First Curse, but I think adding the idea that it

went on to become the First Curse

doesn’t make as much sense, because “Rose” metamorphosed into Thorn. It’s more likely that The First Curse was Rose, which went on to become Thorn.

You’re definitely onto an interesting possibility with Imprecation, and I applaud you for searching the definition.

With that in mind:

This seems to me to be the more logical progression. However, there isn’t really any hard evidence for any connection between the two/three guns other than a similarity in appearance between The First Curse and Thorn.

I also recall reading/hearing somewhere that we shouldn’t expect any more info on The Dwindler’s Ridge Saga but I don’t remember for sure. If that’s true then we’ll probably never get answers to many of our questions surrounding those cards. I can’t seem to find any citations for that idea though, so maybe I made it up; I hope I did, that’s my favorite part of the Lore!

I want to know where all of those locations were. I personally believe all of this took place on Earth.

The First Curse and The Last Word are also named and appear similarly. It’s a popular idea that they are matched pistols, or that First Curse was the prototype. There’s also some hints in dialogue - Yor’s ghost calls his transformation a “curse” and Yor agrees flippantly as if there’s irony or wordplay involved. There’s other instances, but that’s the first one that comes to mind.

Right, those are hints that may support the theory but not hard evidence.I personally like the idea but at this point it remains unsubstantiated .

“The Last Word…and the First Curse. Sisters. Partners. But one was lost to fire—and with it, the memory of how to forge it.” —S. Barnes Davis

From the Last Word Exotic Questline.