Thoughts on what this could be 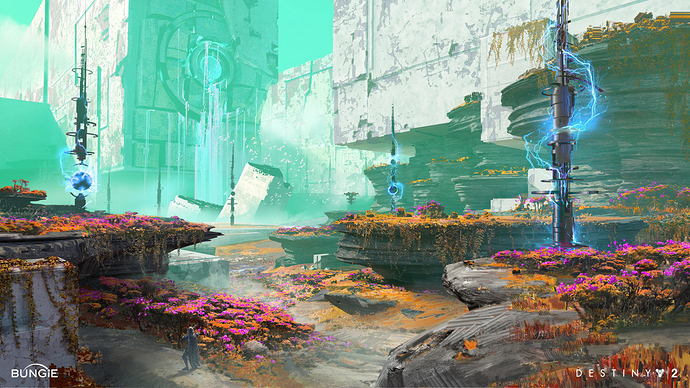 dorje-bellbrook-db-destiny2-105.jpg1920×1080 481 KB
So I found this concept art and I was wondering what the tower structures were. They look like Vex pillars, but I’ve never seen them like this.I know its just concept are so it could just be early Vex pillars, but still. Any thoughts on what they are/are used for?
Ember-3 March 14, 2019, 1:17pm #2

This looks like the Public Event with the Vex Spire Integration. When you find the smaller spire zones for the Heroic event.

It’s concept art so it isn’t going to look exactly like that in the game.