Timeline information from way back on promotional material

So I wanted to bring something up that I’ve seen before but it deserves a revisit. the timeline

There is an image (attached) which is from promotional material from before Destiny launched. Both Kotaku and IGN have reported on the information and Kotaku claim that Bungie did not dismiss the information as fake or outdated. (Links at end)

Promotional material is always an uneriable source, but the detail about how long into the future the game is set is interesting. 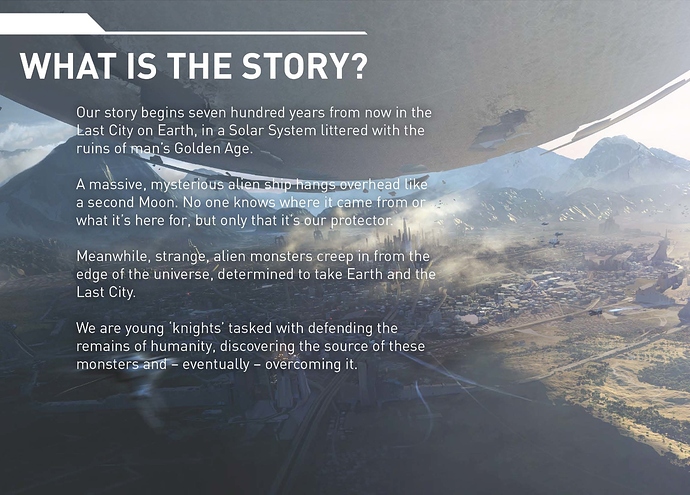 Seven hundred years is interesting because I’ve tried to determine a timeline before and the wording in grimoire with decades and decade being used could add up to around that number (I got it up to around 600+ years). I wanted to make sure I uploaded the image here so it wouldn’t disappear.

What’s your thoughts on this?

A leaked document has revealed at least some art and the basic story background for the next game from Bungie, the creators of the Halo universe.

A reader has provided IGN with the first story details, concept art and more from Destiny, Bungie’s follow-up to the Halo franchise.

This is really cool, great find @Cpt_Kex! While not necessarily official, this probably the closest we will get to some confirmed date for the setting of Destiny.

Here’s my post where I try to build an in-game timeline based on all available information; thanks for the link!