Why is the Shard of the Traveler there?

I’m new on those lore things, but i didn’t see many people talking about the Shard

The shard of the Traveler was taken by the hive and they proceeded consume it to increase their worm’s size. That started killing the Traveler so we smashed into their fort and sent the shard back home. I don’t think there’s much else to say about it unless anyone has any theories.

I think he meant the one in the EDZ.

It’s not the same Shard is it?

No the one we take from the hive is much smaller. 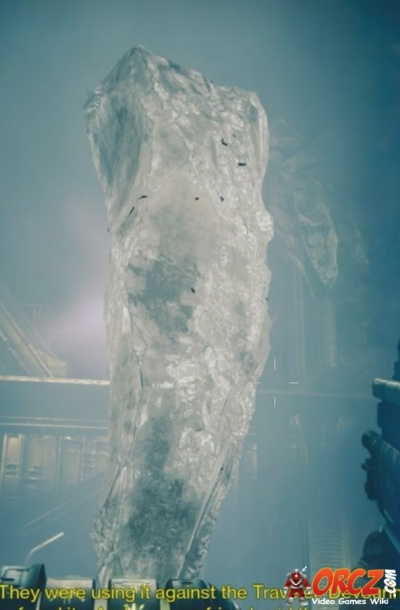 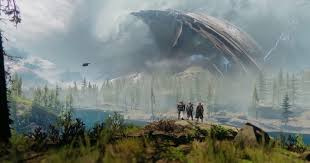 As you can see one is much bigger then the other.

I know this makes me sound ignorant but which one is the EDZ? And what does that stand for?

The EDZ is the European Dead zone and the shard is where we reacquire our subclasses in D2. This is a small piece of it: 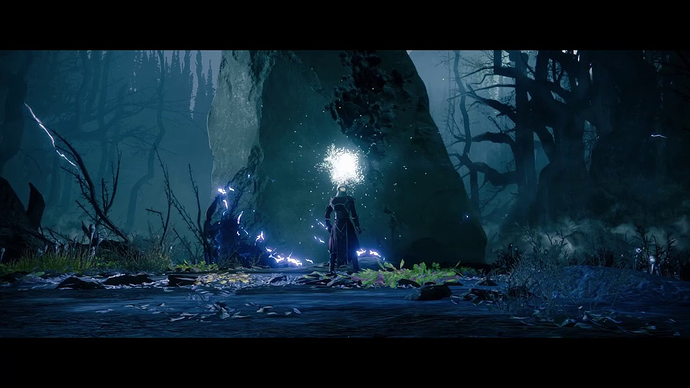 There are some smaller scannable shards too. I know of one in the Gulch at the EDZ and another at The Farm.

Thanks, I only have D1 so I had no idea.

Why the Shard made surround him a dark forest?

Why the Shard made surround him a dark forest?

Am I right in thinking you were trying to say…

why is the large Shard in the EDZ surrounded by a dark forest?

how was the traveller crippled?
what was the process in which the shards became disassociated from the traveller? (assuming it’s to do with the first question)

If i rememeber correctly there’s a grimoire entry on Rasputin saiyng that in case the Traveler ever tried to run away in the middle of a crisis(like the darkness coming to kill everything) he was supposed to use his arsenal to cripple him, in order to keep humanity safe.

Please no, not this theory again. It’s been debunked over and over.

r/DestinyTheGame - Why Rasputin NEVER shot the Traveler; and the downfall of...

@LedoftheRing yay! i was struggling to find that link. Thanks.

Back to the Shard itself. Tyra had an interesting comment to make. She said the the ‘Traveler cast it off during the collapse’. Not that it fell off or was shot off.


But then again, even the most revered cryptarch was experiencing memory problems. And an argument could be made that all cryptarchs are unreliable sources (because none of them were there when it happened.)
LedoftheRing October 26, 2017, 9:33pm #15

I think the most likely reason for the presence of the shard can be inferred from the end of D2 campaign. We know that the Traveler pushed back the darkness during the collapse and I think it probably worked the same way as when it defeated Ghaul, meaning it sent out a blast of pure light to destroy it’s enemies. I think the most likely explanation is that emitting such a concentrated burst of light damaged it’s shell, which is why it’s only done it twice, both during crises. During the collapse, it must have sent the burst downward which is why the bottom is blown out and it could have also lodged the shard in the EDZ.

‘cast off’ is pretty negative in the context. And everyone goes out of their way to mention that its twisted/corrupted light

Bear with me here, I’m still new to these forums.

Also has anyone else noticed that the Traveler has and inside similar to a machine, but built in layers? I noticed in the intro cinematic that the Traveler is “drawn” in a set of layers, starting with simple lines, but gaining a blueprint-like feel before the final alabaster shell covers it up. It seems to me that the real source of the Traveler’s power comes from something it is containing, and the actual sphere is simply a kind of suit it has to help conduct its energies, especially since we know the Traveler is a “great machine” by reading the bits of lore we have on the Eliksni.

On another note, where is the City/Tower located? I know the Shard (the EDZ one is the one I’m referring to as the capital-S Shard) is in the European Dead Zone, somewhere in Europe. The large portion of the Traveler’s shell is in the same area, along with many other shards.

I don’t remember the reference, but I’ve heard the Tower/City was in Peru based on the mountains. As well as that Hawthorne flew to the Farm.

The City, as far as we know, is located in the Russian area. We don’t know a specific location (someone correct me if I’m wrong) but we know the wall is located in the old patrol areas in D1. Therefore, The City is in that area.

The Cosmodrome walls and the City walls are two separate things though. We built the wall from scratch to protect the City. And given the Traveler’s size, if they were the same wall, you would see that Traveler from the Cosmodrome.