Is destiny sci-fi or fantasy or both?

With gods and magic, AI and robots this must be a mix of both. The vex can’t understand our light, and one of the best scientific minds of the golden age Clovis admits to a higher power, the creator of the map. Thought’s?

I’d agree although I’d say that the devs seem to try explaining the magic with exotic physics which would lead me to lean more on extreme sci-fi than an even mix of sci-fi and fantasy.

Most certainly both, however it is unclear if these “gods” are just beings of extreme power and thus are called “gods” as a blanket term for these beings. Obviously there is a degree of science AND fantasy but science is still trying to be worked into the fantastical elements of the game as well. For example we try to rationalize the Vex and the Light, either way I say firmly that it is both.

The devs are often explaining things from the npc’s point of view. Which is science based because, that is all they knew before the traveler appeared and the hive followed it. Gods were fantasy to the golden age scientists. But when wizards start to come from the moon, and you kill a worm god with a hi-tech javelin. You can’t deny the writers are trying to bring the two to the same universe.

well due to the “gods” paracausality they do defy normal logic and could be considered gods, hell as seen in the books of sorrows (I know its not entirely accurate) it legitimately says

“Akka said nothing, because if it denied this truth, the truth might become false.” 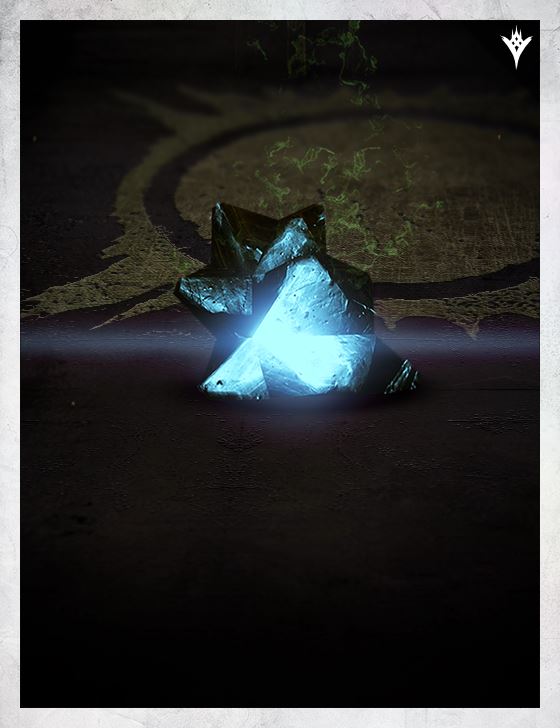 Verse 3:8 — King of Shapes This is the Coronation of Oryx, the Taken King. It happened thus. In the cold abyss of the sword world, King Aurash walked under a cloak of green fire. He walked through the sky and the sky shuddered and froze beneath his...

such power could almost be described as godlike

I can push it one step further with the observation that our D1 content bounces back and forth from tech to magic, but then in D2 the paths split and all the tech happens on the leviathan and magic in the dreaming city, until they once again start to merge.

The red war was the pinnacle where a certain someone attempted to use tech to steal the powers of a god.

Well, I’d say Gary was pretty successful. He just did not survive long with them.

Science fantasy, best of both worlds!

Something I would have be a theme for Destiny is to show the struggles between science and magic. Because by the logic of the Pre-Traveler Earth (or as I presume it to be) is that nothing cannot be explained through science. Then the Traveler and Darkness come and turn everything on its head. That would be extremely interesting to see such a thing. There are other things that would be cool to see from a storytelling stand point. But this is one that would be relevant to the topic.

You want the theme lol. Look at end game bosses.
Atheon
Crota
Skolas
Oryx
Fallen siva
Ghaul
See the sci-fi leads to fantasy and back and forth. In D2 the paths split just like before the traveler

Still, I do think it should maybe be shown more.

IMO it is the underlying theme to the whole story. A power struggle that has existed since the needle ship first came to fundament pre krill days.

“Any sufficiently advanced science is indistinguishable from magic.”

It’s one side of the coin being compared to another. This is science and physics beyond conventional understanding.

I believe paracausal can be explained through time travel, which the vex can do. the vex were not in our timeline when our “cause” began and are could be trying to work their way back in time to find the point of (0) so they can determine our effect. They cannot simulate the light because they don’t know the “how” or when yet because it was before crota cut into their “space”
Paracausality is a destiny word made to explain the absence of the “cause” in the guardian equation.
Ahamkara are paracausal because they grant wishes, something appears out of thin air could be seen as paracausal until you know the how, be it shifting timelines/dimensions or just plain magic. Paracausal beings scare the vex only because they don’t know something, and without that smallest bit of info they cannot simulate our future. This is the reason they keep pushing backwards in time looking at everything that could be connected to guardians. . If they get back far enough and find out who built the traveler and how it relates to the fundament prison. If they ever find the why, then we could be in trouble. Thank goodness oryx and the sisters ate all the evidence.
All my personal thoughts of course, if there are gods in destiny then there must be an outside to our universe, if that is true we are all in a big game (lol)
If that is true, people and gods break the rules all the time.
Somebody cheated at the start of the game and it’s paying off for guardians.

Honestly, the Vex -no matter how terrifying they are- are fucking AWESOME (apologies for the language, heavy emphasis was needed). They are one of Destiny’s coolest mysteries and all but confirm the Multiverse Theory. No surprise I use them all the time when I can. They are just so damn cool! This just makes them an even more terrifying antagonist and makes me want to learn even more about them! If you have any lore suggestions for them PLEASE tell me. The Vex are a (somewhat) realistic antagonist with crazy amounts of power and the most realistic source of said power, knowledge. Their whole gig is that they are basically multiversal, time traveling, murderous, autonomous, GENIUSES. Being the head mind of the whole thing must be so friggen cool. Sorry for fanboying, more people need to see past their fear and look at how cool the Vex are. Knowledge is power my friends, know your enemy.

Look into the scientists that traveled into the vex mind space, wonder what happened to them? Are they part of the collective now or working from the inside out.

The 255 scientists right? I’ve heard of it but I should probably look into it. Personally I’d like to think they have become time traveling crusaders of sorts. Regrouping somewhere within the Infinite Forest to set out to “save” certain time lines. Of course this would likely just cause a split in the timeline where they intervene doing virtually nothing at the end of the day. With how time works and the multiverse theory work, they would have to kill the Vex from their creation to stop them as would we.