Whereas Titans have a sworn oath, and Warlocks follow their scientific truths about their class, I realized Hunters are a unique breed-all sorts of oddballs end up as Hunters, so how to encapsulate their variety, the stealthy trackers and bragging gunslingers, the comedians and scouts and Crucible kings?

The answer? A letter. Some wise words to follow, from one hunter to the next.

The thing about being a Hunter is that we never belong anywhere.

Stay in the Tower too long, the Warlock’s throw a fit about “disrupting research”.

Be away, and the Titans will claim “we’ve forgotten a Guardian’s duty, the oath we all swear to the Last People.” Saladin’s words, not mine.

So we drift, torn between the need to explore, that Warlock-like curiosity to get into trouble, and our duty, the debts we owe to those who can’t fight for themselves.

We’re unliked by our peers, a breed of space wizard that appreciates the value of a sharp blade and a fast gun.

The Warlocks fear our wit. For a group that doesn’t appreciate book learning, Hunters are some of the cities greatest engineers, strategists, and scholars of the Light.

The Titans fear our ingenuity. No Titan would lie in a tree blind for 6 days, waiting for a Fallen Captain to poke his head up, or stand against an army of Thrall with only the Light in hand.

Ever feel out of place, lost, like you don’t fit in?

There’s no right way to be a Hunter. So be you.

puts on Shards of Galanor during Mayhem Guess ill be myself then.

This is heartwarming! Alright, so I’ll continue to throw myself into every situation like I’ve got 10 resilience even though I actually have 2! Thank you for inspiring this Hunter!

Is this an official allowance of sitting in a corner with a shotgun/fusion(liked your text)?

Valuing a quick gun makes since, i’m A hunter and say a hand cannon is too slow if it takes longer than 5 seconds to reload

No, sir in the corner with a sword not shotgun

Leaping out with Black Talon and going “SCREECH!!!”

One must learn the blade to slay the normies…

Yes, my brotheren. While the other races fight on who is master race, we don’t need to. For we already know the answer. We are, but we don’t fight against them because there are better things to do, like kill others with katakana in the crucible, or to get glorious loot. HUNTER FOREVER!!!

ahh it is good to see a cultured guardian such as yourself, exclaiming “HUNTER FOREVER” as we all should

So I looked at wasted on destiny recently and I discovered that out of the 500 hours I’ve spent on the game, 434 hours have been on my hunter. HUNTERS FOREVER MY FRIENDS, HUNTERS FOREVER! 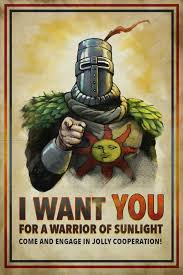 And how do I become a warrior of sunlight, because I’m down to become one.

Just join the sun covenant, praise the sun and you will become a fellow sun bro