What are the creatures described in Ocean of Storms 2, and why have we never seen them? 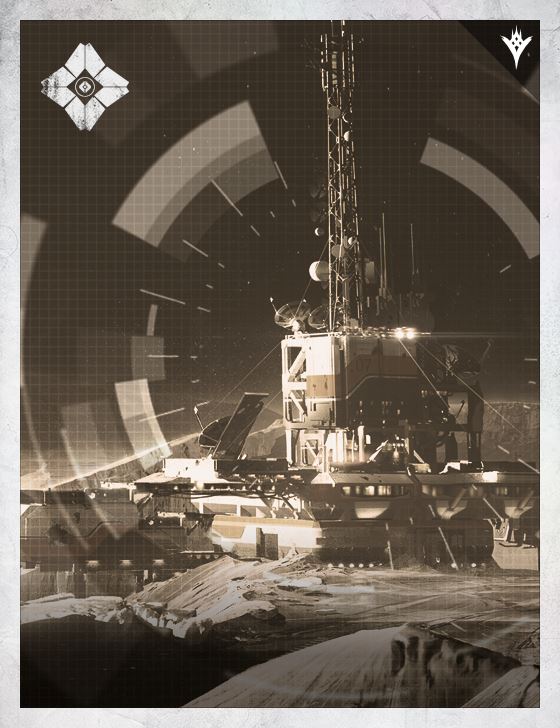 Last known Records from Lunar Station: First Light. The tunnels were geologic in nature, or had to be. That’s what we thought until twelve hours into the second sub-lunar expedition, when we found the bones. A single long rib cage, the size of an...

The tunnels were geologic in nature, or had to be. That’s what we thought until twelve hours into the second sub-lunar expedition, when we found the bones. A single long rib cage, the size of an aircraft fuselage.

The living creatures themselves, we found a hundred meters down. They might have been worms, if worms had scales and teeth and moved more quickly than a man could run.

Jun died first. And then Luli. Bad deaths. Deaths not worth thinking about, and so I don’t, as I wander these tunnels, lost, waiting to run out of oxygen.

Will it hurt, I wonder? That final sleep, when it comes. The sleep that isn’t sleep.

But then everything on the Moon is named for what it’s not. Have you noticed? The Sea of Serenity.Ocean of Storms.The Sea of Rains. It’s only fitting.

In the tunnels though, we found things that were exactly what they were, and so now I name them thus. Mark them well, if this recording is found.

The Circle of Bones.The Chamber of Night.

One does not walk amid those dark tunnels and not lose something. They say that to look out upon the ocean is to feel small. But to walk in these caverns is to feel your grasp on reality slipping.

There is no returning to what you were before: a believer of science, and the fundamental rationality of the universe. Not after seeing those worms.

But here now, at the bottom I have found the other side of the nightmare. Like waking from a dream only to realize you were still asleep. Perhaps my oxygen is getting low. Yes, I can see it is. Hypoxia already setting in. The thing before me is like myself—partly alive, and partly not. An ossified afterbirth. A pulsating tumor.

It lays in a crater of its own making. Dark and jagged. So here I’ll sit, and lay me down. I see a doorway, and within, the death-white egg cases of nightmares yet to come.

And glad I am to miss it.

We certainly see the skeletons. Perhaps they’re still down digging, so we’ll never see a live one (for a while)

perhaps they do not relate to the Hive, but to the Moon!

“the Hive use these creatures to blah blah blah”

that does suggest they aren’t in Hive origins. Maybe they’re a sub-lunar species that they just found? but then how did they control them? do they have a sort of hypnotic ability? or did Oryx Take them?

I think the scientist is saying the rib cage they found belongs to the same type of worm creature they found later on (the ones with scales and teeth). Perhaps they are a lunar species that tunnel, much like earthworms tunnel here (obviously much, much bigger) and the Hive captured them and were somehow directing them to tunnel in a specific way that suited their own needs?

I think it is difficult to know since we know very little of Hive culture with regards to this category. I would guess the worms are not related to the hive. They sound like a tool of the Hive. They are creatures that dig tunnels for the Hive to fill.

They could be from Luna, possibly growing and changing after the system was terraformed. Though it appears the moon was never terraformed or given an atmosphere that could hold life (Since the card mentions running out of oxygen). So I doubt that these creatures originated from Luna in that case. I would guess that the creatures may have come with the Hive. Though since we have not seen other worlds taken by them It is hard to safely assume. The Hive captured them and made them obedient. Now they use them to create underground systems on the planets they take.

I had the feeling they were Ahamkara. Their size and why they are undeeground. The Hive hate the dragons so they could have killed them on the Moon.

The Hive hate the dragons so they could have killed them on the Moon.

This reminds me that the Worm Gods, as one of their conditions, told Oryx to find others of their kind that didn’t necessarily serve the Deep and kill them, and I’m fairly certain they spoke of them as flying in some way. Perhaps, then, if there were Ahkamhara on the Moon.

This reminds me that the Worm Gods, as one of their conditions, told Oryx to find others of their kind that didn’t necessarily serve the Deep and kill them

Could you elaborate on this…?

Certainly. In verse 5:3, I’d Shut Them All in Cells, Xivu Arath says “THE DRAGONS. Our gods should be ours alone. Their smug freedom is an insult to me. I’d shut them all in cells. Bring them to me!” Which the Archive links to the ahkamhara.

I misquoted that statement to the worm gods, so that’s on me and my poor memory. But Xivu references the worms here, so I think it’s still relevant.

What I believe Xivu is referring to here is that the Ahamkara and Worm Gods are related, possibly divergent species, one serving the Light the other Dark. That’s speculation, but the Ahamkara are described to be dragons, while the “wish dragons” of the Harmony sound similar.

The wish Dragons probably do serve the Light, but the Ahkamhara the City had to exterminate seem to serve neither Light not Darkness. However they are almost definitely related to the worms as you say because of the symbiosis bargains, and the “oh ______ mine/ours” which both use. Toland’s saying that to Eris as an attempt at humor notwithstanding.

I’m not sure why they were exterminated, only that the price of their knowledge was too high and drove many to desperation in seeking them out. This just makes them self-serving, and to a City that is on the brink of extinction that cannot be tolerated.

Ahamkara were targeted for extinction because of the “price” for what they offered, but they offered knowledge, and we see what the speaker does to those who seek knowledge.

i dont blame him, well, much. He’s scared, he’s trying to keep the City together, and he’s doing it in the best way that he can. and he’s learning, he’s seeing his mistakes, and he’s open.

Agreed about the Speaker. Even though Toland and Osiris were doing right by seeking aggressively to understand their enemies, they caused harm to the City, especially Osiris. While Toland seems to be a harmless mystic Osiris was in a position of leadership, and divided the Guardians.

You cannot have a democracy in the middle of a fight to survive, and the Consensus is the sto-gap measure for it. Poor guy, though, he’s so often misaligned that few care to remember that he has his good points – and that maybe what he doesn’t know he probably doesn’t know.

but I agree that Osiris in the long run had the potential to do more damage. If only the Speaker had made him feel like he could approach him about his ideas rather than splintering off and forming a cult of personality among his own following that was a threat to the City’s unity. We could be living in a much more enlightened Vanguard. Sometimes I take for granted the knowledge of the lore we have irl and forget just how little the Vanguard and the Speaker really know.

Their philosophy seems to be “better safe then sorry; even understanding it is too dangerous” and Toland and Osiris were the only ones that challenged that. Unfortunately they are bad examples because, well, it kind of got to them and they, uh…well. Suffice to say they’re not exactly helping the average Guardian who wants to make it more socially acceptable to seek knowledge of our enemies.

The Ahkamhara offered both knowledge and power, and the “price” was likely a similar situation to the symbiosis of their assumed relatives, the worms. Even if the dragons didn’t directly serve the Deep, it wouldn’t be prudent to allow Guardians to subject themselves to that kind of bargain. And the Ahkamhara gear implies that such power, weapons and armor come close to controlling the user. So, that may be why they’re considered such a dangerous thing to be messing with.

True on both accounts.

If I were in their shoes I’d definitely turn a suspicious eye on anyone who claimed to have a strange power that wasn’t for the good of the City.

Agreed. The Speaker isn’t as untrustworthy as some people take him for. Much like the Rasputin v. Traveler situation, most of the apparent deceit and dishonesty is propaganda by the enemies of the subject. In this case, The Concordat and (passive-aggressively) New Monarchy. Osiris may not have slandered him outright, but by creating an alternate camp and leaving the Tower, his actions encouraged his followers to disregard and bad-mouth the Speaker.