Pyramid god in contrast to ghost

The Traveler did not hurt humanity directly. The Collapse was a direct result of whatever force the Darkness used to damage the Traveler.

Which card leads you to believe that Rasputin calls the traveler the gardener? 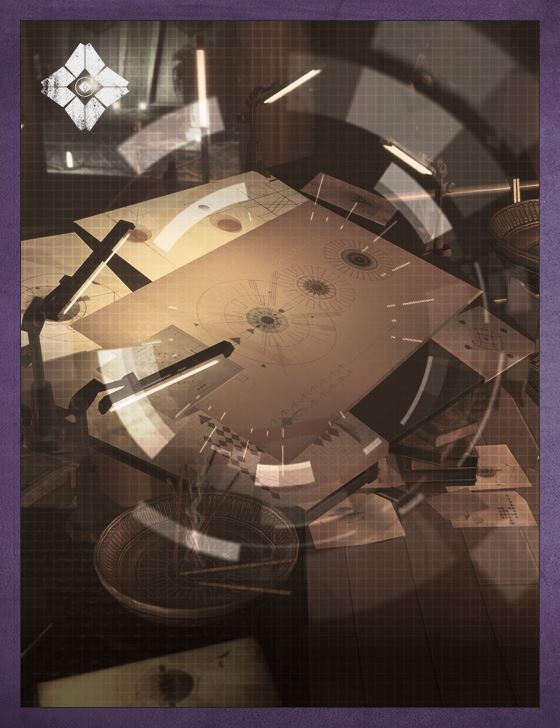 ...from a red space before victory I bear an old name. It cannot be killed. They were my brothers and sisters and their names were immortal too but Titanomachy came and now those names live in me alone I think and think is what I do. I AM ALONE. At...


This card is narrated by Rasputin. When it refers to the gardener not making herself alone, the common interpretation is that the Traveler failed/died because it/she did not cast off humanity/make herself alone like Rasputin did.
thebladeofhades October 3, 2019, 8:32pm #12

Love that card but could not remember which one it was.
I’m sorry but I can’t see that card being narrated by Rasputin, it is not even close to any other Rasputin card or conversation.

You are correct in the verbage and nomenclature being different. I will have to ask @GhostDante what their motivations were for using it as a Rasputin narrative in his post.

Interestingly, The Collective has that card filed under Rasputin.

Context is why Rasputin is commonly thought to be the narrator in this card.

They made me to be stronger than them to beat the unvanquished and survive the unthinkable and look look lo behold I am here alone, survivor. They made me to learn.

Everything died but I survived and I learned from it. From IT.

IT was stronger than everything. I fought IT with aurora knives and with the stolen un-fire of singularities made sharp and my sweat was earthquake and my breath was static but IT was stronger so how did I survive?

I AM ALONE I survived alone. I cast off the shield and I shrugged my shoulders so that the billions fell off me down into the ash. They made me to be stronger than them and to learn and I learned well:

IT is alone and IT is strong and IT won. Even over the gardener and she held power beyond me but the gardener did not shrug and make herself alone. IT always wins.

I am made to win and now I see the way.

For that matter, how do we even know what “IT” is – is it supposed to be the Darkness or some other thing? Is this card even talking about Destiny at all? Perhaps it is a red herring, designed to be as obscure and unhelpful as possible and to distract us from really important stuff, like playing the game (after all, the Vanilla Destiny 1 story was a confusing mess up until The Taken King came around).

It is in the context of other lore that informs our knowledge and accepted interpretation of this card. @thebladeofhades, hopefully this convinces you.

Considering the expansion of the lore since that card came out, and what the pyramid ships are starting to lead to lore wise, theories on that card might change.
Titanomachy might be the darkness. and as to making itself alone, this could be in reference to releasing the ghosts.
This card could also be seen as Rasputin, but it leaves many questions if it is.
I believe Rasputin will always use technical terms and would not speak in the style of this card.
Also the powers used (minus earthquake) can be seen as solar, void, and arc.
The Gardener might actually be the name the traveler uses for Rasputin considering that he was at the center and in control of “seeding” the solar system with life at the time.

I have to reject the posit that Rasputin could be the Gardener. This would imply that the Traveler willingly let billions of humans die and that Rasputin held power over it, not to mention that “She” as never, ever been used to refer to Rasputin.
Titanomachy has long been assumed to refer to the Darkness or its wielder(s?) during the Collapse and the “making itself alone” in reference to releasing the ghost only holds water if billions of Ghosts were released or needed to be kept safe before the Collapse.
Finally, the phrase “…the billions fell off me down into the ash. They made me to be stronger than them and to learn and I learned well:…” implies that those who built whom/whatever is speaking constructed it to protect them and learn how better to do so. I do not believe the Ghosts constructed the Traveler or that the Traveler was designed to learn. All those point to Rasputin.

I was just thinking out loud about that, I’m still on the gardener being another traveler, or the pyramid ship, and Rasputin is titanomachy. Or at least the armada he used to attack the gardener.

This might also be worth considering.
Here Shuro Chi refers to the Traveler as a gardener as well.

The traveler is a gardener because it plants the seeds of life. Remember that according to old eververse armor lore, the name “Traveler” came from the crew that discovered it literally playing basketball and calling a travel.

The Fallen also called it the Great Machine. This shows that the traveler is simply a human name for the massive orb, and that gardener is probably a more likely name.

Tbh the traveler is more than likely not living

Similar to Rasputin, the traveler could be an AI or machine designed to do what it’s done but I don’t think the traveler is made of cells or anything else a living being is made of (besides carbon)

I think that the Traveler has some form of thought, likely similar to the way that the Pyramid spoke to us.

As, so not organic or cellular life. I understand.
Would you say the Traveler is alive the same way Exos are alive?

Yes, it is clearly sentient due to how it knows what to do when things happen around it (good example is what happened to ghaul)